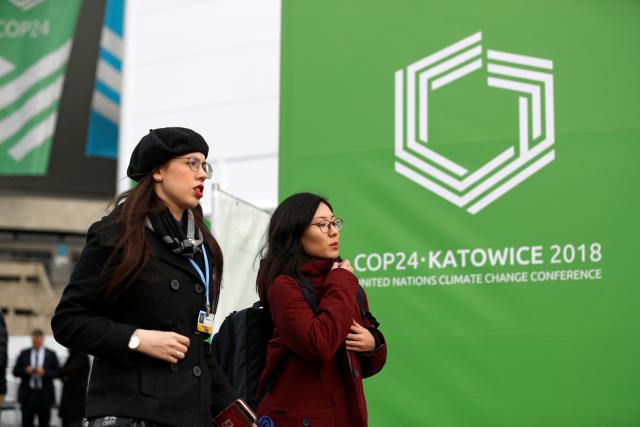 FIJI has passed the baton to Poland to continue the world’s efforts in advancing the global climate change agenda at COP24.

Michał Kurtyka, secretary of state in the Environment Ministry of Poland, officially took over the COP presidency from Prime Minister Voreqe Bainimarama on Monday.

Fiji assumed the presidency of COP23 in February and initiated the signature talanoa dialogue with world leaders to maintain the momentum of the 2015 Paris Agreement and the concerted effort to reduce carbon emissions and lower the global temperature, which was reinforced at COP22 in Marrakesh, Morocco.

Mr Bainimarama symbolically handed the hammer, being the attribute of the COP president, to Mr Kurtyka who took over his prerogatives and would negotiate climate change deals for the 12 months. According to the COP24 secretariat, the handover ceremony took place on the COP24 grounds in the International Congress Centre in Katowice, Poland.

The President of Poland Andrzej Duda, UN Secretary-General António Guterres and heads of states and governments have announced they will attend the event.

Mr Kurtyka had been since the beginning very engaged in preparations to the UN Climate Change Conference in Poland. Since April 2018, he has been fulfilling the function of plenipotentiary for COP24 presidency.

He has been participating in many talks and consultations, checking the readiness of the 196 countries and the EU to find an agreement.

“I heard from all partners a preliminary but clear declaration of will to make COP24 a success,” he said.

“A possible agreement means a unanimous acceptance of a complicated, multilateral document written in a technical language. It will not be easy, but wonders are the Poland’s specialty.”

Over 26,000 guests from the entire world – representatives of states, international organisations, non-government organisations, business – will be debating over the way goals will be achieved, determined in the 2015 Paris agreement.

The role of COP president is essential for the negotiations and to reach a possible agreement, while the impartiality rule enables him to take over the mediator’s role mitigating disputes and looking for compromises.

“I believe it is difficult to imagine a better place than Poland to elaborate a common position for all countries concerning climate policy.

“In the last 30 years our country reduced its greenhouse gas emissions by 30 per cent while constantly developing its economy at the same time. We invest in new technologies and innovation – for example electromobility.”

The conference will end on December 14.