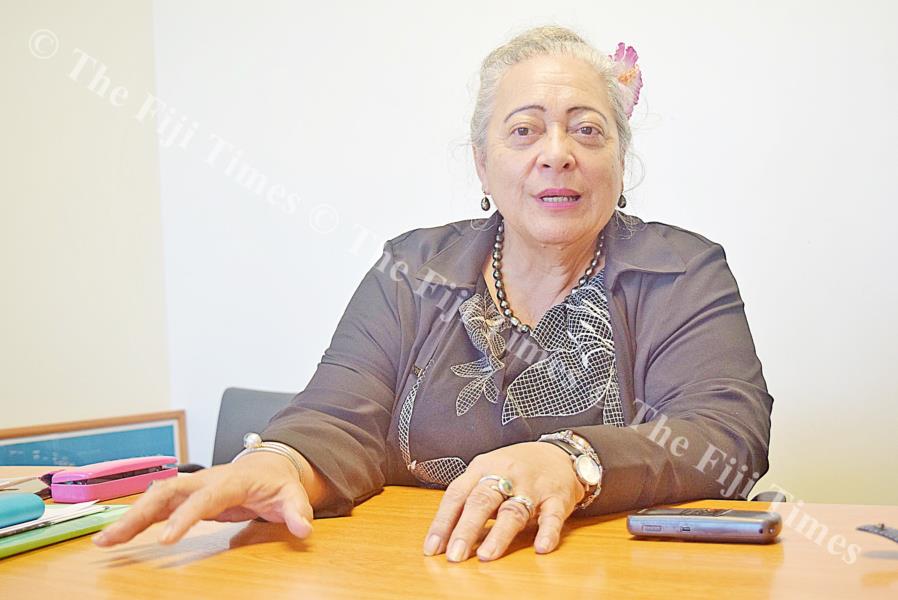 AS A child on her native Island of Manihiki, Niki Rattle never dreamed she’d be sitting in Parliament one day.

She is a humantarian first, as she likes to say. Starting out as a registered nurse to serving in the Red Cross for 19 years as the secretary general, Ms Rattle says it’s about serving the people which she is passionate about. The Cook Island Speaker of Parliament is one of only two women speakers in the Pacific (the other being Fiji’s Speaker Dr Jiko Luveni). Ms Rattle was in Fiji recently to observe the country’s parliamentary sitting in an effort to review and improve the Cook Islands’ Parliamentary Standing Orders. Here she gives her views and observations after her visit.

What were some observations you made while visiting our parliamentary sitting?

Our Parliament at home, we think it’s busy but nothing compared with Parliament here! (laughs) I certainly got thrown into it. At the very beginning the Parliament here in Fiji has what’s called a Business Committee and that business committee sits before, say the beginning of the two weeks, and they work out the program of the whole of the sitting and everything is already prepared whereas at home we don’t have a business committee and things happen from day to day. And sometimes you don’t have everything organised but when they pop up it’s sometimes disruptive so I have found the arrangement of the sitting here over these last few days; it allows the Parliament to function in an organised manner and the other thing that’s really good about it is the program for the sittings are both agreed by both sides of the House because they’re all members in the business committee. So there are no surprises for the Opposition, they’re aware what is going to come up and they’re prepared for what is going to come up.

Whereas at home once the ministerial statement is done, and then the paper may be tabled and then it takes a while before they can get to consider it.

What made Fiji your choice?

We are reviewing our standing orders. I had heard that Fiji has one of the newest standing orders that were done recently so I thought it would be good to observe it.

And the other thing the Fiji Parliament does differently is they don’t seem to have a cut-off time, for example question time. The sitting just keeps going until all the questions are covered.

So consequently the first night we finished at 7.30pm and the second night right up to 9.30-10pm, it was really fascinating. Quite different for me not sitting (in the Speaker’s chair) and listening!. The debates were really robust because, I mean, the job of the Opposition is oversight of the Government and so they quite obviously were doing their job in their questioning and debate. I really enjoyed it. Fiji has 50 members double our size which is 24. You have women candidates while Cook Island has five women parliamentarians including myself which is about 16 per cent in our Parliament — still not enough though. I believe with the 50-50 women and men representation of your population that when it comes to Parliament their representation is not out of balance… and that women step up and take a seat in Parliament if that’s what they want. We have a history of 53 years of self-governing in the Cook Islands and the most women we’ve had sitting in parliament is five with four members and myself. Not much has changed.

Did you always see yourself being involved in this work?

I had no interest in this kind of work. I was always a humanitarian, I was a nurse for so many years then I joined Red Cross, locally, regionally and internationally. In fact it was Red Cross that landed me the Speakers’ job. Back in 2011, I chaired the International Conference of the Confederation of the Red Cross. In that meeting representatives from each of the government who was a party to the Geneva Convention attended and my PM was invited to come. He was sitting in the audience when I conducted the meeting. The meeting had 2000 people and about 190 states and government representative. So the prime minister saw me run that meeting with so many people and he thought I could chair members of Parliament that numbered only 24.

That’s how I landed this job. It wasn’t my interest in politics, I guess it was my ability to chair high level meetings. In the life of Red Cross, you have certain principles you follow and I have lived those principles and three of them were impartiality, neutrality and independence. In the life of a speaker of parliament this is exactly the work of the speaker because you need to treat everybody the same. You can’t take sides. But the difficulty was learning the procedures of parliament, the rules and the constitution of the country. I had to learn all those things to do my job.

The role of women in politics

The women who are members of parliament are very brave women because it is very difficult to get into the arena of what is traditionally known as a men’s place. But it is important though for women to see that the important role they can play in the highest decision making place in our country. And one of the important things as well is that apart from the big parliament being able to debate and put your point across from a different angle is in the committees that make up the parliament, how important it is that women are also represented in those committees because that again, that different way of thinking can complement when the two sides come together when making a good decision at the end of it.

Tell us something different

I was actually born in a faraway island called Manihiki. It’s a four-hour flight and the boat can take seven to 10 days to get there. So I was born on that little island and went to school there.

I came to the mainland Rarotonga when I was eight and went to school there. But my growing up from the time I was in primary school I actually lived with a European family to learn to speak English. So I lived with them and helping them settle into the island life and they helped me with my school work. When I went to college I went to live with another European family. So at a very early age I went to live in New Zealand, I became a nurse.

But I always had the urge to go back to my island. Manihiki is known for its famous black pearl industry. In 1990 I went back to the island with my two little children and my husband who is English. But he couldn’t really survive on the fish, taro, rice and all that kind of stuff. His European stomach couldn’t tolerate it so we came back to Rarotonga and I joined Red Cross and was with them for 19 years before I became the Speaker of Parliament.

I’ve known Speaker Jiko Luveni for a long time before we came into our respective roles. When she was working for the UNFPA, she used to come to the Cook Islands and stay at my hostel in Manihiki. So I had met her way back around the late 1990st and then we both ended up as speakers. What a strange thing (laughs).

What are some of the things you will take back with you after this visit?

I think the question time. The question time is really important because its not just about a question, it is about asking for information that you can get to understand yourself and the people listening in. Because the question allows the minister who owns that portfolio, who knows about the nitty-gritty about that question that matter and then as he talks, he’s not just answering the question of the member, he’s actually telling the rest of the public as to what is involved with that.

And as I’ve said before, having them written down cuts down on the waste of time of parliament by just having worked out what needs to be answered. That is something I will be looking at in our changes. I think it’s really important that both sides of parliament have the same opportunity to bring their interests into the parliament to be discussed. I think we’re a bit short in doing that. And also the briefing and debriefing of the parliament staff so everybody can know what to expect for the day, and also the script which the Speaker gets so she can be on track on the business of the House. The way the script is written is really good, I really liked that. These are some of the observations which I will be really looking at when I go back.