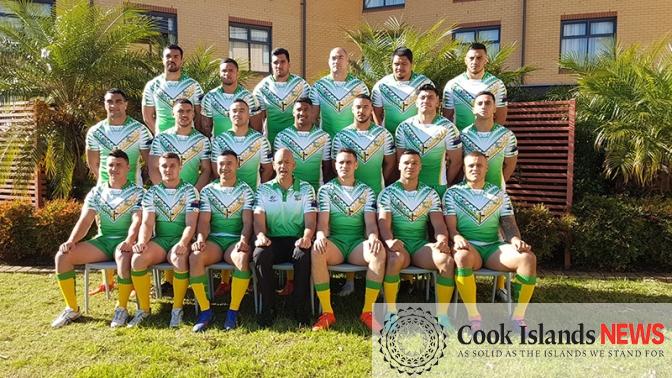 The Kukis are placed on 43rd spot, down from the 31st place the team was previously ranked.

Cook Islands Rugby League president Charles Carlson hopes the inclusion of the national side in the Oceania Cup will mean more matches and opportunities for them. This, Carlson hopes, will help the Cook Islands regain their spot in the top 30.

The national team was supposed to be part of the Oceania Cup this year but due to a heavy schedule in playing two World Cup qualifying matches, taking two teams to the Pacific Games and the World Cup Nines in October, it opted out.

Carlson said they have confirmed that the Cook Islands will be part of the Oceania Cup in 2020.

“At the moment we are the first one to get dropped off the list in favour of other Pacific Nations including nations like Lebanon who are not even part of the Pacific,” Carlson said.

“The convincing win against South Africa (66-6) and certainly forced the Rugby League International Federation to seriously consider the Cook Islands back into the mix.”

Carlson said their priority is to qualify for the World Cup, and “that will help open doors for us at the international level”.

“The lack of international games is reflected in our poor world ranking for the Cook Islands. The RLIF world ranking rates Cook Islands at No 43 (down from No 31) which is really ridiculous and hugely flawed,” he said.

“We are not worried about that, we just need to qualify for the World Cup 2021 and that will change drastically.”

NRL.com this week reported that the Cook Islands are set to replace Lebanon in next year’s mid-season Tests and will join New Zealand, Tonga, Samoa, Fiji and Papua New Guinea in the 2020 Oceania Cup.

The newly created Oceania Cup began last Friday night, with the Kiwis defeating Tonga and Samoa beating PNG in round one matches, and will continue at the end of this season when Australia and Fiji join the tournament.

The Kangaroos will host the Kiwis at WIN Stadium on October 25 and meet Tonga a week later as part of a triple-header at Eden Park in Auckland.

However, Australia is touring Britain at the end of the 2020 season so the Kangaroos can’t play in the Oceania Cup and their place will be taken by Cook Islands.