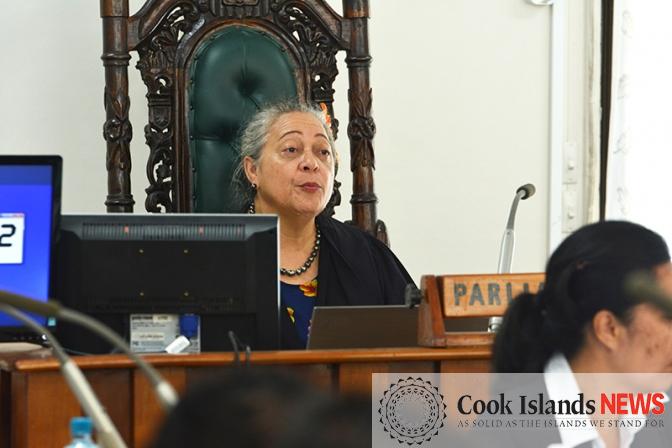 Former Cook Islands Party MP Toka Hagai was a member of the committee before he lost his Rakahanga seat to Tina Browne recently in a Court of Appeal decision.

Clerk of Parliament Tangata Vainerere said a replacement for Hagai would be appointed when Parliament convenes for its opening sitting for the year.

Members of the committee had the “exciting” role of tidying up how Parliament is run, he said.

Standing Orders have not been revised for a while – in fact the last review was in July, 2010, Vainerere added.

“We have already gone through four versions of the proposed new Standing Orders. We have studied the current Standing Orders, we have observed the things that have taken place in Parliament in the last 10 years or so and we have engaged a consultant, Debra Angus, who used to be deputy clerk for the New Zealand Parliament.

Through the UNDP, we have had the privilege of getting advice from her in the last two years since we started working on this project,” Vainerere said.

“Soon we will have a document that the government will be happy to table in Parliament to be adopted as the new rules for the operations of parliament.”

Vainerere said there were a few things in the current Standing Orders which did not align with the Constitution.

The alignment work, carried out through the consultant, meant that Standing Orders were now able to directly link with the Constitution.

“The problem in the past was when the Standing Orders were updated, some people forgot to check back against the Constitution to make sure that everything was aligned,” he said.

“However our system is quite simple … if the two of them conflict, we always know that the Constitution takes precedence over any other legislation. But now we have the opportunity to make things neat and tidy.”

The revised Standing Orders would help achieve the goal of running an effective Parliament, Vainerere said.

“I’m not saying it (the Parliament) has been bad. But we have had the privilege of studying what other Parliaments do and we have learnt a whole lot of new things on how to better do our work, and how to be better in providing service to our members and the general public, said Vainerere.