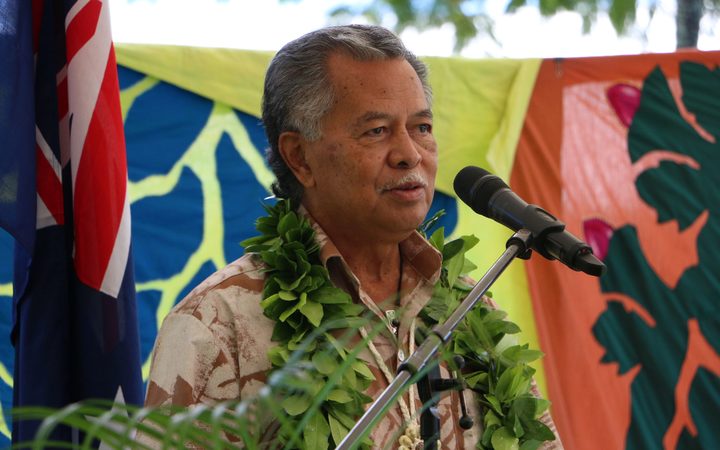 Cook Islands Prime Minister Henry Puna and three senior ministers are driving new electric cars at a cost of $240,000 (US$160,203) to the public. Picture: RNZ

The Hyundai Ioniq Elite electric vehicles have been given to the offices of Henry Puna, his deputy Mark Brown, health minister Rose Toki-Brown and prison services minister George Maggie.

Each car cost $60,000(US$40,050) to purchase, ship, register and clear through Customs. That price compares favourably with similar executive type vehicles and other full electric vehicles, according to financial secretary Garth Henderson.

The previous ministerial cars “are in good order”, Henderson said, and so were being reassigned to other public servants.

“The government must be thinking I should be happy that I moved up from a 15-year-old rundown Mustang to a secondhand car, while they receive their brand new electric cars.”

Henderson said government was starting to promote the use of electric vehicles because they were more environmentally-friendly, with fewer climate-change emissions, less air and noise pollution and reduced reliance on non-renewable energy sources.

“The pace of transition will be determined by vehicles’ prices and suitability, availability of charging infrastructure, post-sales service and spare parts,” he said.

Henderson said there was a reluctance by vehicle manufacturers to provide electric vehicles to a small market without existing post sales services or electric vehicle expertise, but Hyundai, working with Pickering Motors, were able to “step up to the plate and deliver”.

“Good to see a local business willing to step into a new technology space,” said Henderson.