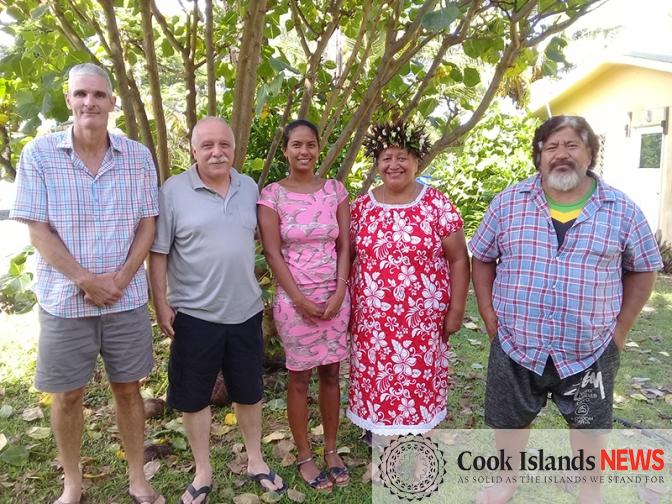 The Minimum Wage Review Panel is recommending increasing the minimum wage to $7.60 (US$5.14) per hour with the objective of achieving the $8 (US$5.41) per hour threshold by next year. Picture: COOK ISLANDS NEWS

RAROTONGA, 04 APRIL 2019 (COOK ISLANDS NEWS) – A recommendation to increase the minimum wage rate by 35 cents from the current $7.25 (US$4.90) per hour has been made to the Cook Islands Internal Affairs minister Vaine “Mac” Mokoroa.

The Minimum Wage Review Panel is recommending increasing the minimum wage to $7.60 (US$5.14) per hour with the objective of achieving the $8 (US$5.41) per hour threshold by next year.

In a statement, Internal Affairs said the report and recommendations have been discussed and approved by Cabinet last week.

It also said minister Mokoroa’s announcement indicates that the new minimum rate of $7.60 per hour is expected to take effect on July 1, 2019.

The Minimum Wage Panel submitted the 2019 Minimum Wage Rate Review Report and its recommendations to the minister last month.

Their review and recommendation was done in accordance with the Employment Relations Act 2012, and guided by terms of reference, criteria and public feedback.

Cook Islands Chamber of Commerce president Fletcher Melvin said the organisation supported the recommendation made by the panel.

Melvin said the panel had a representative from the Chamber of Commerce and their recommendation was a result of an extensive consultation with various stakeholders.

“We do know that they consulted different stakeholders and everybody is in agreement, the workers association, the government and the employers, we are all in agreement and happy with the recommendation,” Melvin said.

“I think the country is heading in the right direction in terms of improving on the national minimum wage. While consistent increase in minimum wage is welcomed, it needs to be done in a period of time so it allows companies and the country to plan in advance for the extra expenses (from wage increase).”

In the statement Internal Affairs said review findings showed that an incremental and universal increase would be most favourable and beneficial to employers and employees. That is the sole reason why the jump to $8 per hour is planned over a two year gradual increase, it added.

Mokoroa said the cost of this year’s increase to government’s Budget in regards to the salaries of public servants only were estimated to be approximately around $400,000 (US$270,000).

“While government is committed to reach the $8 per hour threshold, it is wisely recommended to do so gradually, hence the gradual increase over the next two years,” he said.

Internal Affairs stated the private sector was also in favour of such gradual increase as it will give businesses fair enough time to prepare for the $8 per hour threshold in 2020, in particular, the adjustment of their current pay scales and move their existing staff structure towards higher rates.

“2020 is therefore marked to be a significant year of change for the minimum wage review as the $8 per hour threshold is reached together with an overhaul review of the methodology and national policy,” the ministry said.

“The tripartite nature of the Review Panel has once again demonstrated in its recommendations, a nation-wide and sector-wide consensus when establishing the new minimum wage,” he said.