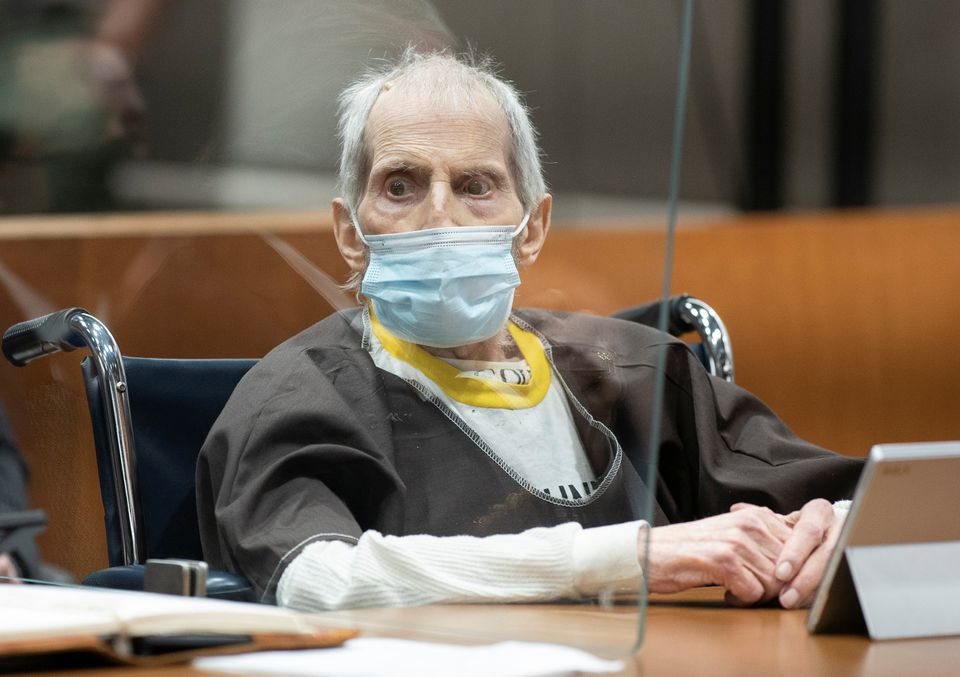 Robert Durst appears in court as he was sentenced to life without possibility of parole for the killing of Susan Berman, at Airport Courthouse, in Los Angeles, California, U.S., October 14, 2021. Myung J. Chun/Pool via REUTERS

Real estate heir Robert Durst, who was sentenced this week to life in prison for murdering a friend in 2000, has COVID and is on a ventilator, his lawyer told the Los Angeles Times.

Durst, who appeared sickly during his sentencing on Thursday, “looked worse than I’ve ever seen him,” lawyer Dick DeGuerin told the Times.

It was not clear where Durst, 78, is being treated. During his trial, he was being held in the USC Medical Center under the custody of the Los Angeles County Sheriff’s Department.

Durst’s sentencing for the 2000 murder of Susan Berman was long-delayed punishment for a man who mostly evaded the law for more than 39 years.

A multimillionaire whose grandfather founded one of New York City’s premier real estate companies, Durst was long a suspect but never charged in the disappearance of his wife Kathleen McCormack, who went missing in New York in 1982.

Last month a jury found Durst guilty of shooting Berman, 55, in the back of the head at her Beverly Hills home. The jury also found him guilty of the special circumstances of lying in wait and killing a witness, which carry a mandatory life sentence without the possibility of parole.

Evidence from the trial indicated Berman helped provide Durst with a false alibi in McCormack’s disappearance. Prosecutors alleged that Durst killed Berman because he feared she would reveal what she knew to authorities.