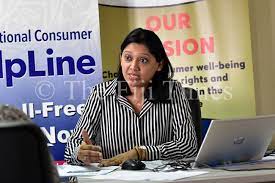 The Consumer Council of Fiji has reported a supermarket in Nausori to relevant authorities after a routine market surveillance found it had been retailing expired and products with tempered expiry dates.

Council CEO Seema Shandil said the supermarket had allegedly been retailing wafers biscuit at $1 – and the same product it found did not carry expiry dates.

“Initial investigations have revealed that the supermarket used chemicals to intentionally temper with the expiry dates,” Ms Shandil said in a statement yesterday.

“The Council is stumped with the blatant disregard of food safety laws by the supermarket and the sheer negligence being exhibited just for the sake of making a profit,” she said.

Ms Shandil said food and drinks had expiry dates to ensure it was safe for consumption.

“However, the supermarket in question does not seem to care about the repercussions of their actions on consumers’ health. Such supermarkets need to get their act straight and adhere to laws in place.”

She said there was no acceptable excuse for having expired products on supermarket shelves.

“We have flagged this case to the Nausori Town Council and Ministry of Health and Medical Services and expect stringent actions to ensure consumers right to safety is held paramount.

“We are well past issuing warnings after warning – we are demanding for immediate action.”

Consumers are urged to always check product expiry dates before placing it in their shopping carts.