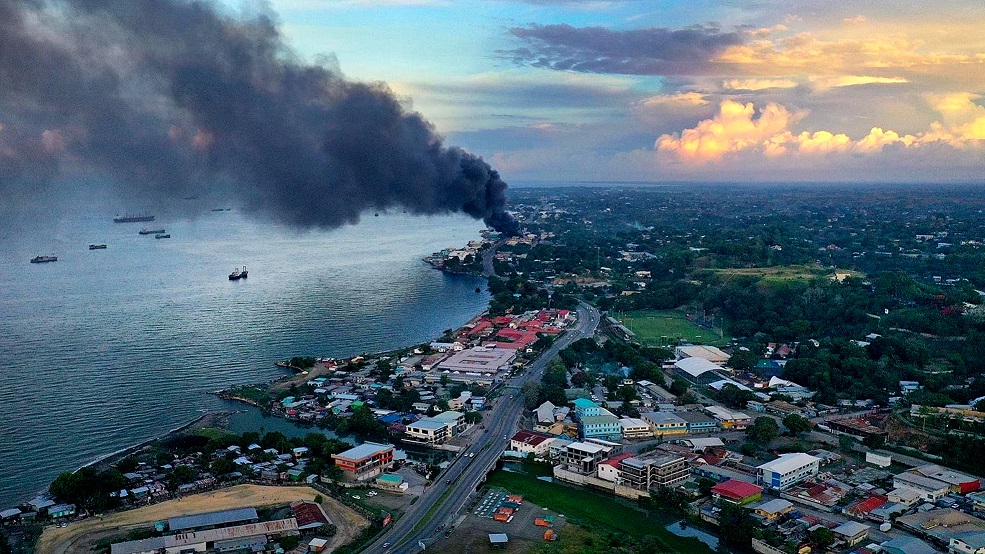 All Fijians living in Honiara are safe, says Fiji’s consul to the Solomon Islands Atueta Balekana. The rioters have burned most of the buildings in Chinatown, the heart of Honiara’s business district. Picture: PHILOMEN LOE

All Fijians living in Honiara are safe, says Fiji’s consul to the Solomon Islands Atueta Balekana.

He said family members of the 400 Fijians living in Honiara should be rest assured their loved ones were OK, as rioting and looting continued across the Melanesian country’s capital.

Mr Balekana said the only unfortunate incident so far was the torching of a Fijian business couple’s shop in the city and a former Fijian soldier working as a caretaker at one of the country’s biggest hotels being confronted by rioters.

“However, the couple who own Oceanic Marine Equipment Ltd are safe and the security officer had sought the aid of hotel employees that were loyal to the Honiara-based Malaitans to protect the property,” he said.

“We have issued an advisory for all Fijians in the Honiara vicinity not to get involved in the rioting and to leave them as they are.

“We have not come up with an evacuation plan as yet, but if things escalate we would have to resort to one

. “At this stage, we do not expect the situation to escalate any further as security forces have stepped in to control the situation.

“The Fijian community’s contribution to the nation’s development is widely respected and we do not think that we are under any threat, because the Solomon islanders treasure our relations but it is good to always approach these situations with caution.”

Mr Balekana said more than 45 Fijian citizens worked in Honiara, the centre of the upheaval, while there were more than 300 Fijians married to Solomon islanders.

Media reports claimed that Honiara-based Malaitans had called on the Solomon Islands Prime Minister, Manasseh Sogavare, to resign after he established diplomatic ties with China.