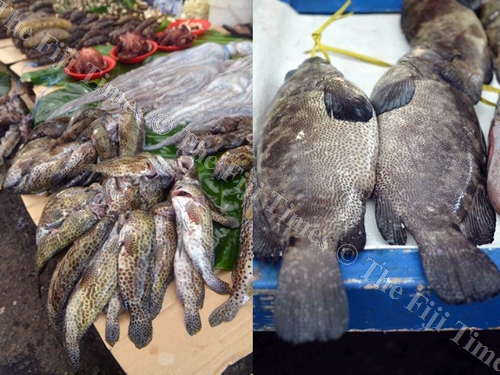 ALL banned fish that were confiscated since June have been kept in their various divisions with the Ministry of Fisheries.

This has been confirmed by the Minister of Fisheries Semi Koroilavesau.

Mr Koroilavesau said the ban that was imposed on kawakawa and donu from June 6 to September 30 included no catching, no selling and no eating of the fish.

He said they were intending to give the confiscated fish to the old people’s homes and children’s homes but they could not do that because of the regulation.

The minister said that after the ban was uplifted, they would then decide what they would do with the fish depending on the condition of the fish.

Mr Koroilavesau said if the fish were not edible, they would grind it and provide feed for their aquaculture that would feed the shrimps and fish they bred.

The minister, who had just returned from visiting the islands in Vanua Levu, said islanders who owned the resources understood the importance of the ban, and that it was also part of their traditional taboo that used to be practiced by their ancestors.

According to the ministry, the highest number of confiscated fish was from the Northern and Western divisions.

Mr Koroilavesau said they had introduced an alternative type of fishing that used a fishing aggregating device that attracted migratory fish like tuna, saqa and walu.