Concern over decision of distant farms 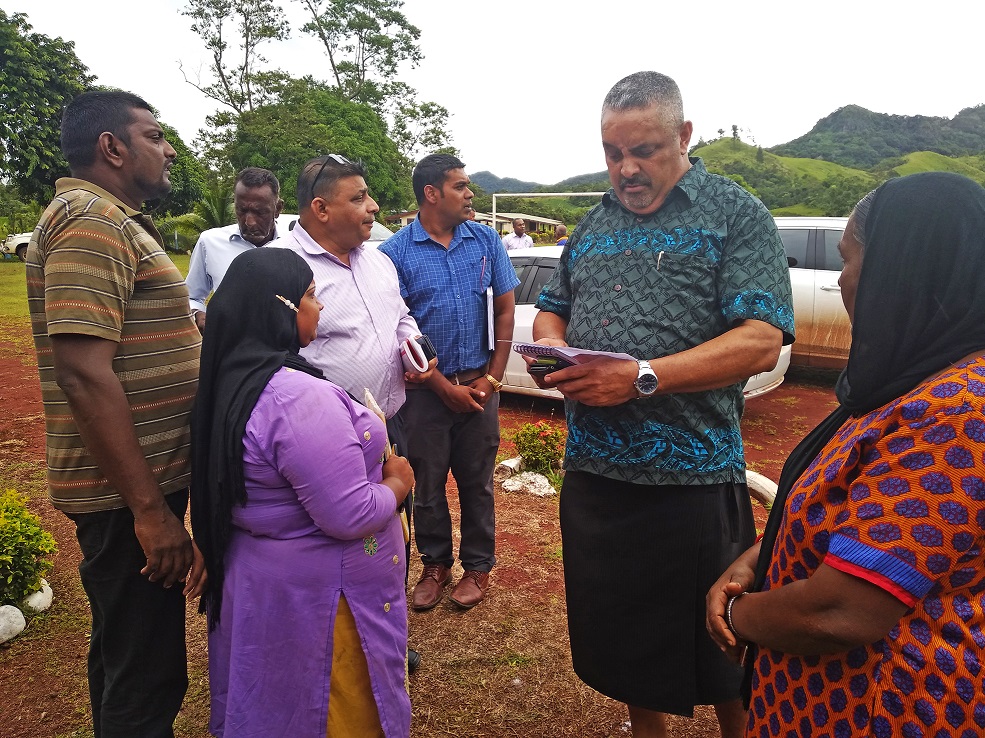 Farmers have a chat with Ministry of Sugar officials at Solove, Macuata. Picture: SERAFINA SILAITOGA

CANEFARMERS in the North have raised grave concern over Fiji Sugar Corporation’s decision to have cane farms in Bua.

In the week-long National Sugar Industry Policy consultations, farmers described the decision as a costly one.

Labasa farmer Anirudh Sharma said during the consultation that the company should have made use of idle land in areas that were close to the mill compared with Nasarawaqa in Bua which is about two hours’ drive to Labasa.

“FSC is expanding sugarcane farming area from Nabouwalu or Bua and this won’t make a difference because while we expand farming areas, the costs also increase and this means massive expenses,” he said.

“The new policy should include the need to expand farming areas of existing cane farms.

“For example, if a farmer in Labasa is currently producing 25 tonnes of cane, then FSC should work with this farmer to increase it to 50 tonnes of cane instead of going to Bua which is far.”

Another farmer of Solove, Macuata, Bhim Lal said transportation cost to cart cane to the mill from his area was high.

“A lot of canefarmers are struggling with the high transport costs and instead of reducing costs, FSC has gone to Nasarawaqa when there is vacant land in the Seaqaqa area,” he said.

“But today, there is nothing on that same land and thousands of dollars were given to that contractor for the farm near the mill.”

Mr Lal asked Assistant Minister for Sugar George Vegnathan to do something about this issue. In clarifying the matter, FSC chief executive officer Graham Clark said Nasarawaqa was a big project for FSC because they remained committed to the joint venture with indigenous landowners.

“One of our roles is to involve ourselves more and align it with iTaukei landowners interested in cane farming,” he said. “So this means cultivating their vacant land that has been idle and we will pursue this joint venture.

“The difference is that Nasarawaqa is a big area on economy scale as we grow 360 acres of cane compared with 60 acres and so we will spread costs,” Mr Clark said.

“It is far away so that prompts FSC to look at ways of transporting cane in another way and maybe look at trans-loading centre where trucks load cane from Nasarawa drop off at a point and then it proceeds to the mill.”