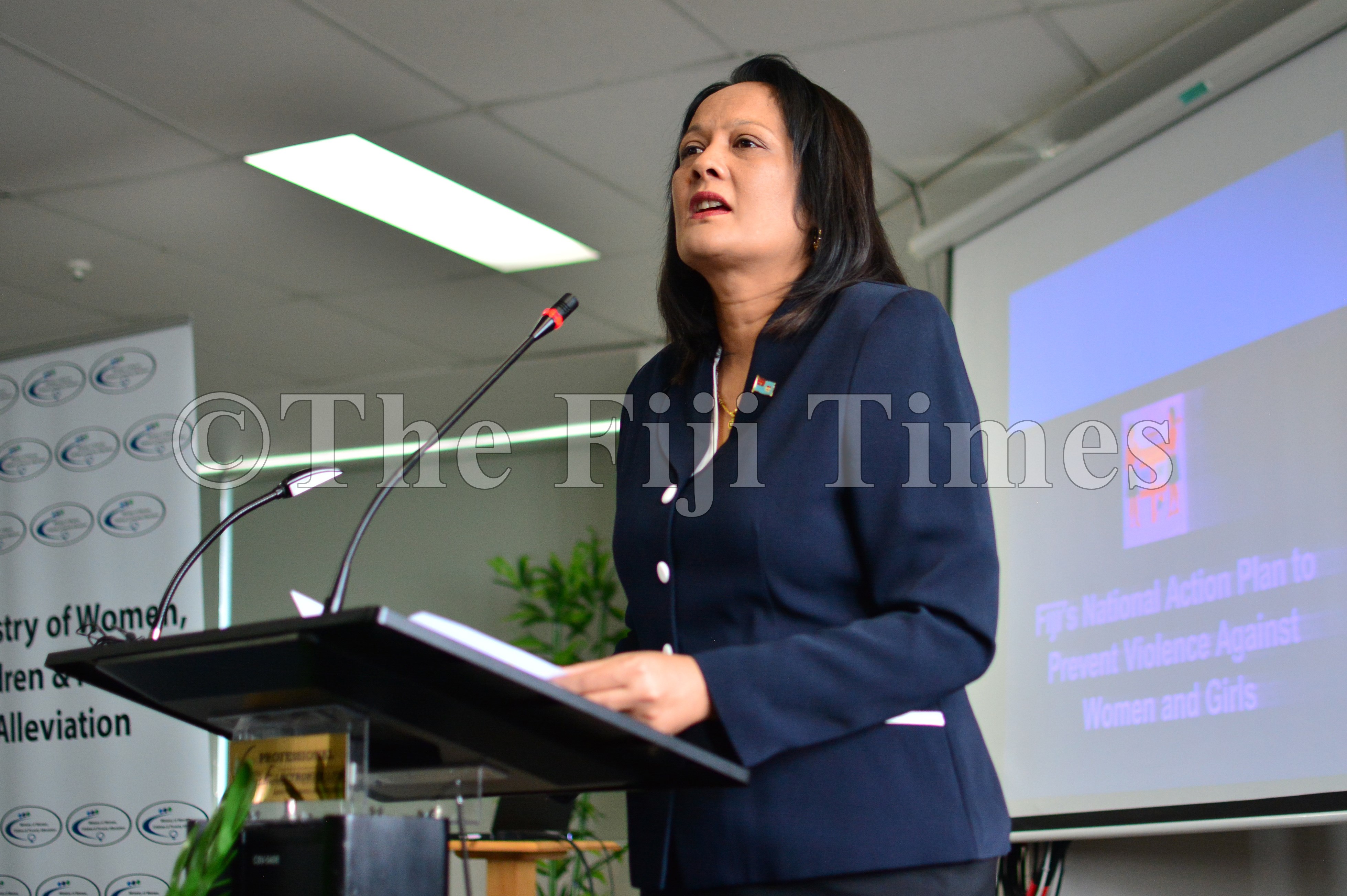 Minister for Education Rosy Akbar speaks at the launch of the National Action Plan on the Prevention of Violence against Women and Girls at the Suvavou House. Picture: JOVESA NAISUA

EDUCATION Minister Rosy Akbar says complaints lodged against teachers are directed towards the permanent secretary of the ministry.

She said a panel would be formed and they would then look into the complaint.

Ms Akbar made the comments after she was questioned by this newspaper on why complaints against teachers are not referred to the Public Service Disciplinary Tribunal.

The two teacher unions had serious concerns regarding how the ministry conducts its investigation against teachers.

He said complaints lodged against any civil servant must be referred to the Public Service Disciplinary Tribunal.

In response, Ms Akbar said she would look into the issue, but currently, the permanent secretary and a panel looked into the complaints and how best cases would be dealt with after they heard from both parties.

“So they are given a fair go to put their side of the story to the panel and of course, their findings are submitted to the permanent secretary,” she added.