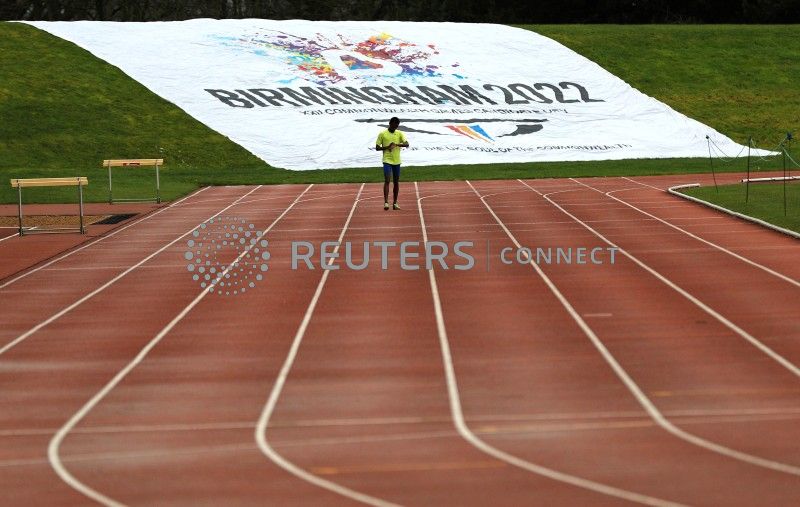 FILE PHOTO: An athlete trains in the Alexander Athletics Stadium after the announcement that it will host the 2022 Commonwealth Games in Birmingham, Britain December 21, 2017. REUTERS/Darren Staples

The next edition of the Commonwealth Games is now two years away, but preparations for the multi-sport competition have been hindered by the coronavirus pandemic.

Athletes have been unable to train properly since March due to restrictive measures put in place to contain the virus.

Despite this, Jenkins remained confident that Wales would be successful at Birmingham 2022.

“We go into Birmingham with as much confidence today as we would have done six months ago,” he said, as reported by BBC Sport Wales.

“The system works, the process we’ve set up with the sports and Sport Wales works.

“The athletes train really hard, the coaching is fantastic and the level of support we give the athletes is world class, so we’ve got to be confident.”

Jenkins also suggested the selection process for the Games had been impacted and would be pushed back.

“Normally with two years to go, your selection policies are pretty much done and you’ve got a pretty good idea of the run-in,” he said.

“This time round it’s slightly different.

“We’ve said to the sports we’re going to give you until November, when we’ll sit down and finalise the qualification criteria.

“But if we need more time we will take more time, because what we want is the best possible team going to Birmingham to represent Wales.

The Welsh capital of Cardiff had previously been interested in hosting the 2022 Commonwealth Games, before switching attention to the event in 2026.

Jenkins revealed he hoped the country would bid for the Games again.

“If Wales was to bid, and I hope it would, we would want to host the vast majority of sports,” he said.

“But if there was a sport we couldn’t host and it was prohibitively expensive to build that venue, then this model suggests maybe there’s a conversation to have with the Commonwealth Games Federation and another country to have that championship or whatever.

“There’s just that tiny bit of flexibility, where before there was rigidity, that gives us slightly more room to manoeuvre.

“Let’s see how this new model works in Birmingham, then we’ll sit down with the Welsh Government and have a sensible chat about it.

“But a bit of evidence about what Birmingham costs and what the legacies are would be very useful.”

Wales have enjoyed success at the Commonwealth Games recently, earning a record-high of 36 medals at both Glasgow 2014 and Gold Coast 2018.