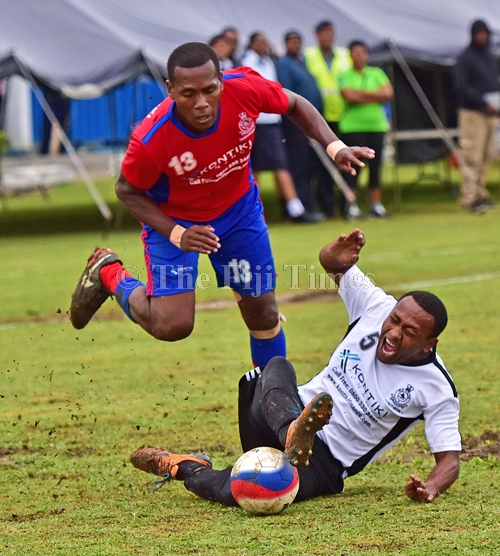 THE Fiji Police Force has enforced drug testing during the 2018 Police Inter District Competition (IDC) to ensure all the teams play fair and good sportsmanship.

This was revealed by the Fiji Police Commissioner Brigadier General Sitiveni Qiliho during his opening speech for the IDC at Nasova ground in Nasese, Suva.

Qiliho said he had to take this step because he wanted a clean competition in the three days tournament.

“I have directed the executives of our soccer committee to conduct mandatory drug test for all our players who are taking part in this tournament,” said Brig-Gen Qiliho.

“I’ve taken this tough stand because we had to terminate an officer for testing positive to drugs and last year he was standing in the exact spot where all of you are standing right now.

“I want clean, fair and good sportsmanship to prevail over the next three days and if you have any form of drugs in your system, I suggest you do yourself a favour and avoid putting the institution in an embarrassing situation and step aside.”

Qiliho has also directed all the participating teams to play the best they could and successfully defend the Sukuna Bowl this year.

“I want to remind you not to lose focus on why you have been released to be here today. In 2017 we brought home the Ratu Sukuna Bowl soccer title, and this year I expect the same.

“You all know how I feel about losing. As I said during the drawing of the pools, I don’t take losing lightly, because no one trains for an important tournament to lose.

“While we aim to win, it is also vital that we achieve the win fairly and honestly, leaving no room for the opposing team to protest.”

A tough competition is expected today with Northern Division playing PSRU in one of the pool games.

Tournament director Senior Superintendent of Police Hirendra Kumar said they would select their best players for the Sukuna Bowl tournament.