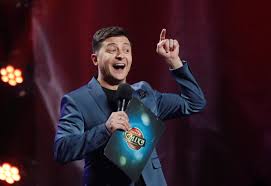 KIEV (Reuters) – In a popular Ukrainian TV series, comedian Volodymyr Zelenskiy plays a president who is scrupulously honest and outwits crooked lawmakers and shadowy businessmen who try to stand in his way. Zelenskiy’s character in the show “Servant of the People” is loved by Ukrainians fed up with how their country has been governed […]