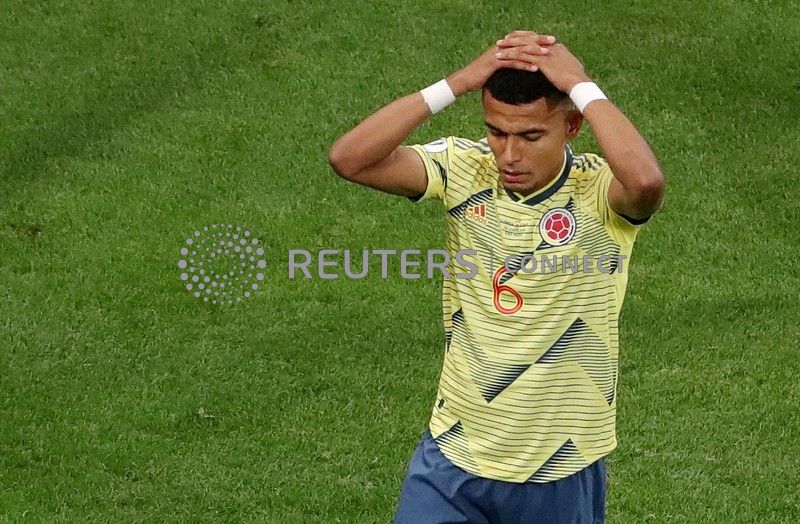 BOGOTA (Reuters) – Colombia national soccer team player William Tesillo told local media that he has been threatened via social media after his missed penalty kick in a Copa American shoot-out with Chile last week cost Colombia the chance to remain in the tournament.

Tesillo’s wife Daniela Mejia over the weekend published a screenshot on her Instagram of a message wishing her husband the same fate as Andres Escobar, a Colombian player shot to death after he made an own-goal in a match during the 1994 World Cup.

Sources with the national police told Reuters they are investigating intimidation via social media directed at the player and his family, but that they haven’t opened a formal investigation because Tesillo has not lodged a complaint.

Tesillo’s father told local radio the family is counting on God to touch the hearts of people who have written tasteless messages.