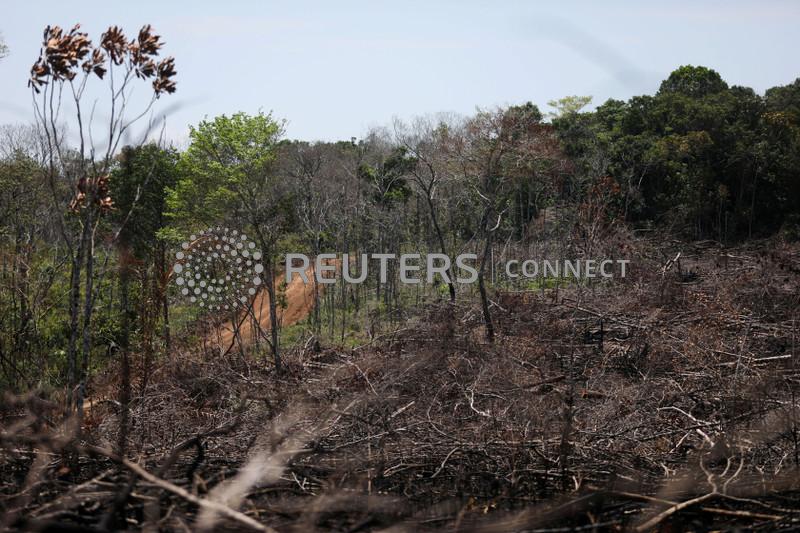 FILE PHOTO: A view of a deforested area in the middle of the Yari plains, in Caqueta, Colombia March 2, 2021. REUTERS/Luisa Gonzalez

BOGOTA (Reuters) – Deforestation in Colombia shows no signs of abating in 2022 versus 2021, warned environmental groups this week, with destruction of the country’s Amazon region increasing slightly through the end of July.

Deforestation in the country’s Amazon rose 3.3% last year to 112,899 hectares, accounting for more than two thirds of total damage nationally.

Preservation of the Amazon, the world’s largest rainforest, is considered vital to curbing catastrophic climate change because of the vast amount of greenhouse gas it absorbs.

The trend showed no signs of slowing in the first seven months of this year, according to monitoring group Amazon Conservation.

The group found just over 62,320 hectares of Colombia’s Amazon were deforested through July 27, Matt Finer, director of the group’s Monitoring of the Andean Amazon Project told Reuters, up from around 61,517 hectares in the first seven months of 2021.

“In general 2022 seems to be on par with last year,” Finer said, adding the end of each year typically sees a second wave of forest loss.

Leftist President-elect Gustavo Petro has pledged to implement a peace deal with now-demobilized FARC guerrillas. His Environment Minister Susana Muhamad told Reuters on Wednesday that facets of the deal are crucial for halting deforestation, including rural reform and substitution of drug crops like coca.

If land reform and peace talks do not see significant progress “the (deforestation) could be significantly higher than in 2021, as has been the trend so far in 2022,” Botero said.