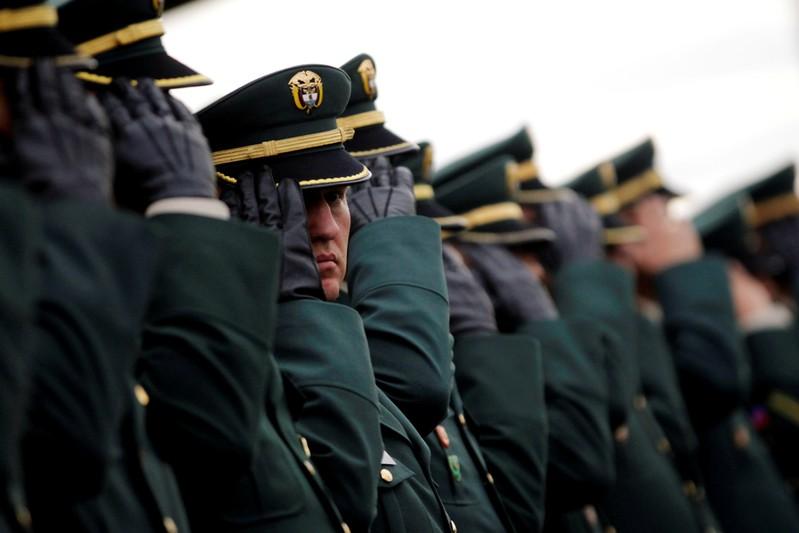 BOGOTA (Reuters) – Colombia’s army on Monday denied putting pressure on high-ranking officers to sharply increase the number of rebels and gang members killed or captured in military operations across the Andean nation.

The denial followed a New York Times report over the weekend, which cited military sources as saying the armed forces leadership had ordered a doubling in the number of dead, captured or surrendered guerrillas and criminals, even though the policy could pose increased risks for civilians.

“I haven’t done any pressuring,” army chief General Nicacio de Jesus Martinez told reporters. “No battalion commander has been relieved (of their duties) because of results.”

In its report, the New York Times said Martinez had confirmed giving an order to double operational results because of continuing security threats in the country, which is a leading source of cocaine.

The newspaper drew parallels between the policy and the so-called “false positives” scandal of the late 2000s, when some army units were found to have killed civilians and then listed them as guerrillas killed in combat to pad casualty numbers and earn rewards from superiors.

Dozens of former military officials have been convicted of crimes connected to that scandal. The victims were largely poor young men from slums or rural areas.

Defense Minister Guillermo Botero said the military had been pushing for an increase in guerrilla and gang member captures and surrenders, instead of deaths, since 2007.

But he denied there was a policy specifically aimed at exerting pressure on commanders, or using incentives such as increased vacation time, to boost arrest and casualty numbers.

The armed forces have increased operations 110 percent since President Ivan Duque took office in August 2018, Botero said, linking the surge to a boost in illicit drug production and trafficking.

Armed groups are bolstering their ranks and training in neighboring Venezuela, he added.

Human rights groups have repeatedly accused military officials of collaborating with right-wing paramilitary groups and of looking the other way when those groups committed massacres, rapes and torture.

Armed forces chief Luis Fernando Navarro, speaking at the same news conference as Botero and Martinez, said the military would halt any operation that looked likely to put civilians at risk.

“The army metes out punishment when the law is violated or when human rights standards or international humanitarian law are violated,” said Botero.