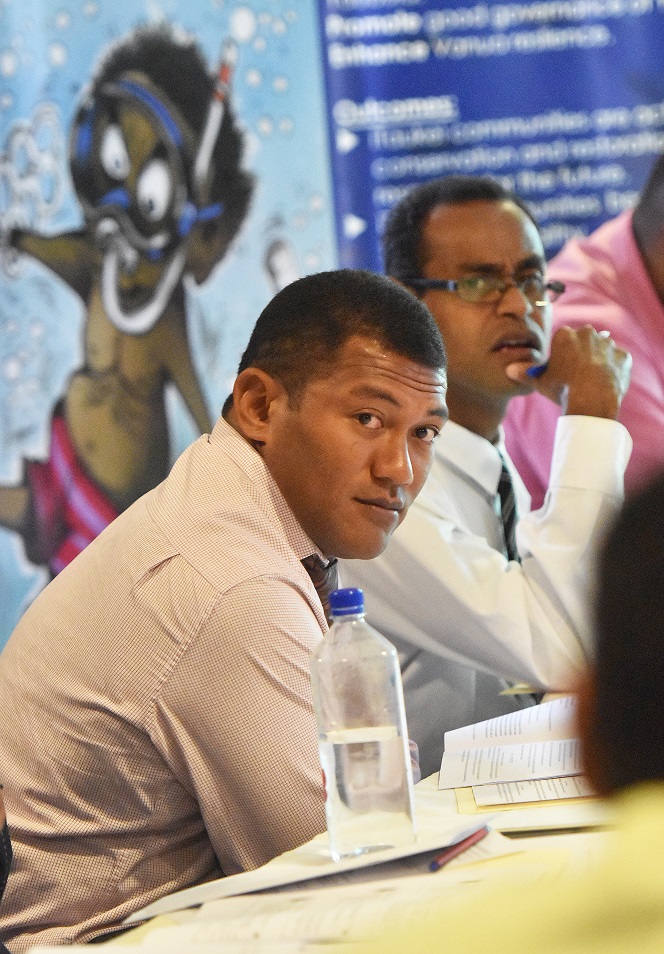 Rusiate Misikivosa during the the iTaukei Affairs Board in coordination with the Ministry of Waterways and Environment during the litter workshop at Peninsula Hotel. Picture: RAMA

IT is about that we take collective action to safeguard and protect our natural resources from the impacts of improper waste management, says iTaukei Affairs Board deputy officer Josefa Toganivalu.

He made this remarks while officiating at the opening the litter prevention officers enforcement and bi annual training held at the Peninsula Hotel in Suva yesterday.

Mr Toganivalu said the 14 provincial offices present at the training would soon be litter officers who would be authorised to issue stop notices to any littering problems which could destroy the environment.

He also said the board, through its conservation and climate change program, had considered waste and management to be a priority focus.

“It is important that we fully know our powers and the limitations of our role under the Litter Act and what we can and cannot do including the mechanisms that are in place to address or report those issues that will require the intervention of the relevant administering agency such as the Department of Environment,” he said.

He said the training would help litter officers fully understand their role and what they needed to do to.

“We have come to recognise that the answer to the current littering problem requires a co-ordinated effort amongst all relevant stakeholders.”