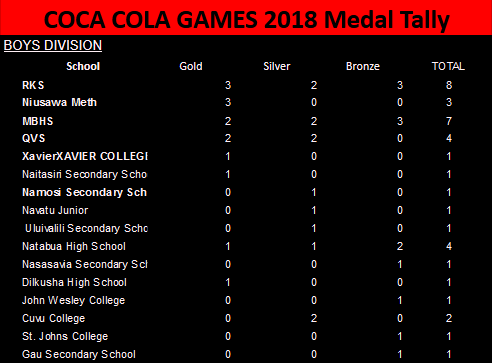 NIUSAWA Methodist High School might be a threat now to the heavyweights of the boys division at the 2018 Coca-Cola Games.This is after Jone Tikoisuva won gold in the junior boys javelin event today at the ANZ stadium.

Maximus Lestro of Lelean won silver with a throw of 51.52m. And Petero Naicola of RKS won bronze throwing a distance 48.00m.

This brings their total medals to 3 gold so far just behind Ratu Kadavulevu School which has 3 Gold, 2 Silver and 3 Bronze.