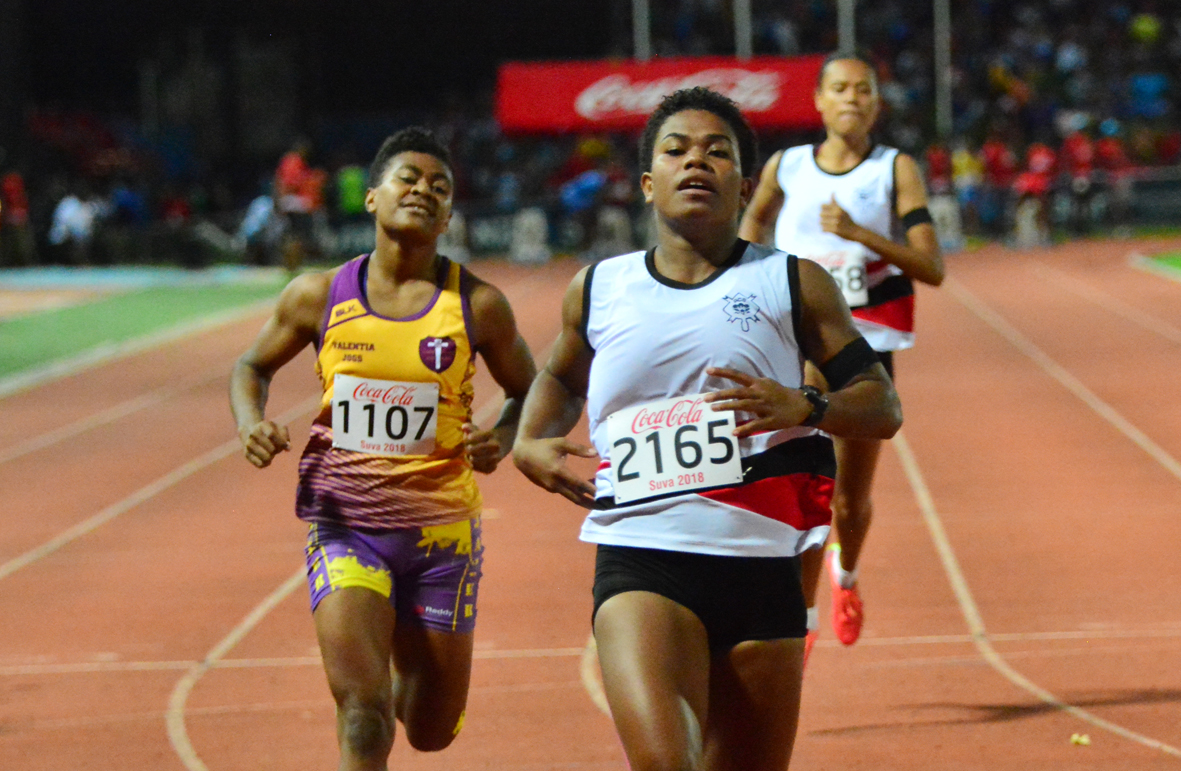 Makereta who has worn a black arm band at these games dedicated the win to her mother and brother, both of whom had passed on recently.

The Bua bullet as she is known in the ACS community paid homage to the ACS community and thanked her coach Tony Raboiliku for keeping her in his plans despite a few months away from the tracks towards the end of the year.

The official girls medal tally at the end of Day 2 of the Coca Cola Games 2018.