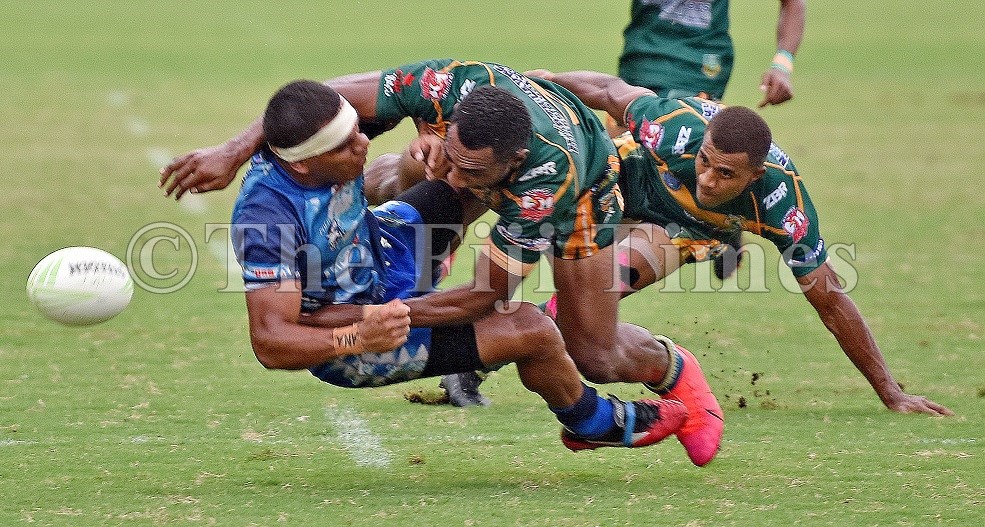 Ouch ... Mosese Rova of Police Sharks loses the ball in a tackle from a Coastline Roos player during the Vodafone Cup final at Albert Park in Suva. The Sharks won 18-16. Picture: RAMA/FILE

2020 Vodafone Cup finalists Coastline Roos will be holding open trials to select its players for the new season.

The Roos surprised many to reach the final of the Vodafone Cup competition last year but eventually went down to the Police Sharks 16-18.

The side has set a high goal of going a step further this year by winning the title. Roos assistant coach and head trainer Akei Nainoca Jr said having set the bench mark, they have to aim higher.

“We will be holding an open trials for the players wishing to be part of the Roos team for the 2021 season,” he said.

“For these trials, players from outside the Nadroga province are eligible to participate. It is open to players who want to play rugby league for the Roos. We want to promote and grow rugby league in Nadroga/Navosa.”

Six players from the Roos squad were selected in the Kaiviti Silktails now based in Sydney, Australia for the Ron Massey Cup.

Nainoca Jr was the head trainer for the Daveta rugby sevens team which won the Limerick World Club 7s in Ireland in 2014 and coached the Nadroga under-19 to back to back title victories in the Skipper Cup.