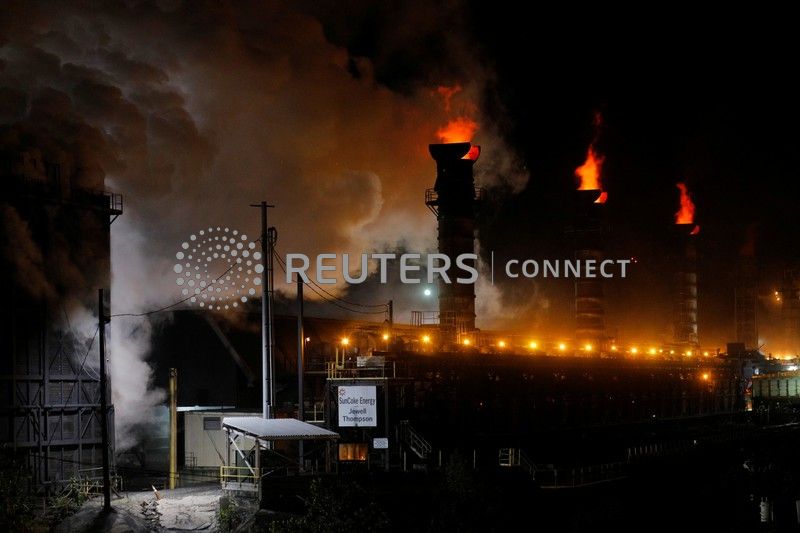 PIPESTEM, W.Va. (Reuters) – The head of the national coal miners’ union on Thursday urged the Trump administration to impose regulation on silica dust in mines, which researchers believe is responsible for a resurgence of black lung disease in central Appalachia.

The demand from United Mineworkers of America president Cecil Roberts comes as President Donald Trump tries to pump up U.S. coal production, mainly by rolling back regulations he deems burdensome to the industry.

“We are seeing the most serious levels of black lung, mainly caused by silica and there are no silica standards out there,” Roberts told Reuters on the sidelines of a black lung disease conference in West Virginia.

Miners and regional health experts blame the rebound on longer hours spent in deeper parts of played-out coal mines, and the use of heavy machines that blast through layers of quartz rock and kick up large quantities of fine silica dust.

Roberts said the government has been slow to respond to what he calls an “epidemic” and needs to boost efforts to monitor silica, quantify how much silica is in the atmosphere, and figure out how to control it.

David Zatezalo, head of the U.S. Mine Safety Health Administration (MSHA), told Reuters there have been improvements in reducing coal dust from mines over the last three years since the agency put out a respirable coal dust rule.

But the rule does not address silica dust, which is prevalent in mechanized modern mining.

Zatezalo said the “number one challenge” for regulators before considering silica regulation is getting an accurate measurement of silica levels, something current coal dust monitoring devices used in mines cannot do.

The National Institute for Occupational Safety and Health is working on a new monitoring device that can provide daily readouts to mine operators but it is not yet complete, he said.

“Once you know what you’re being exposed to, you can do something,” Zatezalo said.

MSHA has been accepting comments about whether to impose a silica rule since July 2018.