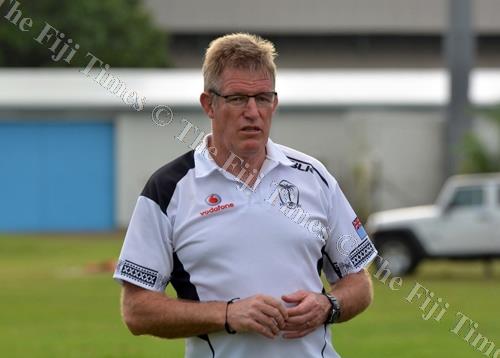 DESPITE a win against Samoa in their last match of the Pacific Nations Cup on Saturday night, the Flying Fijians have found themselves asking more questions than finding answers with only 39 days left before their opening Rugby World Cup match against the in-form Wallabies next month.

“Samoa put us under a lot of pressure, said head coach John McKee.

“We need to work harder with the ball in hand, especially in building continuity and pressure on the opposition.”

The Flying Fijians put on a lackluster performance in their 10-3 win over Samoa that went down to the wire.

Samoa held possession and territory for most of the game while Fiji gave away more than 10 penalties as Fiji infringed both offside and in the ruck.

Fiji was looking dangerous on attack, found them once again forcing and dropping passes giving away plenty of chances to widen the gap.

The Fijian defence was resilient in the last 10 minutes of the match defending its tryline and denying Samoa any leeway.

Substitute number eight Peceli Yato on the receiving end being the only player shown the yellow card in the latter stages of the match.

“There is a lot of work we have to look into and areas that need to be addressed quickly.”