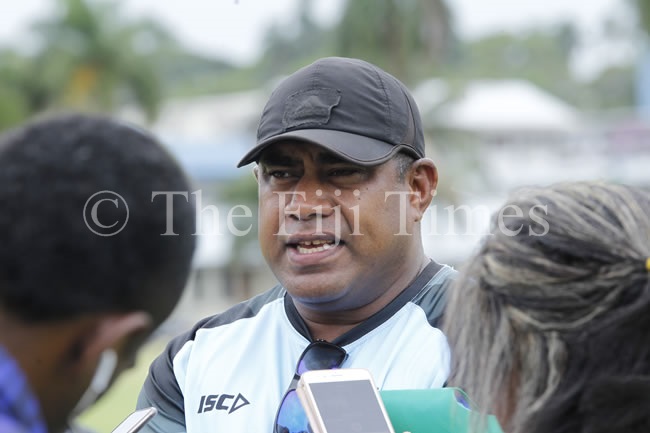 Fijiana 7s coach, Saiasi Fuli is brimming with confidence at the prospect of hauling in a medal during the delayed Tokyo Olympics next month.

Fuli said the Oceania Rugby 7s later in the month would be a stepping stone in the team’s ultimate objective of at least settling for a medal.

“The preparation leading to the Oceania 7s was great despite the difficult circumstances we had to endure during the seven weeks in camp,” he said.

“We were challenged mentally and psychologically as individuals and as a team also but we continued to be focused and aligned ourselves to our common goal of a positive outing in the Oceania 7s tournament and get a medal at the Tokyo Olympics.”

He said the Oceania 7s would be an ideal buildup to the team’s quest of success at the Summer Games.

“It was the much-needed high performance preparation we were looking forward to and the competition provides an excellent opportunity for me to gauge the strengths and weaknesses of the side before the final squad is announced for the Olympics.

“It’s massive for our preparations, especially playing against two of the best women’s 7s teams in the world.

“We are definitely in the tournament to compete and not just make up the numbers.”

The event would be the first time the Fijiana would lock horns with two of the top four teams in the world after the cancellation of the 2020 HSBC Women’s World Sevens Series.

An Oceania Barbarians side will also be a part of the tournament allowing the Fijiana, Australia and New Zealand to replicate the Olympic format.