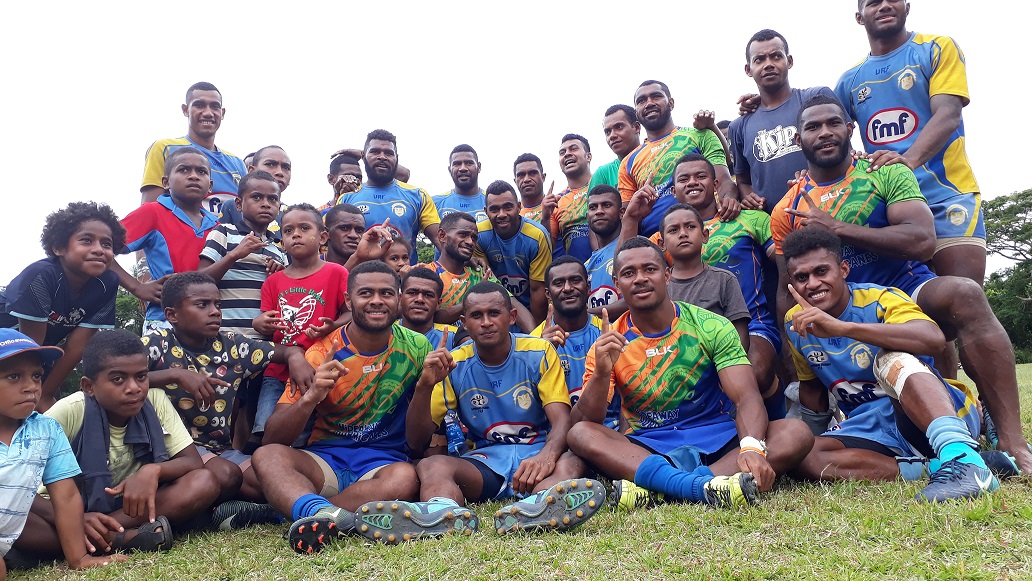 Hideaway Hurricanes team members with the Ratu Filise 7s team after the final of the CMF Baravi Sevens tournament at the Naviti ground at Coral Coast in Nadroga. Picture: ERONI TUINUKU

The boys from Namatakula dominated the first half scoring three tries with a successful conversion while the resort based team managed to score their lone try in the second spell.

“I would like to thank the Lord Almighty for the win and to the boys for their perseverance and sacrifice towards the competition and also the supporters for their continuous support,” said Batibasaga.