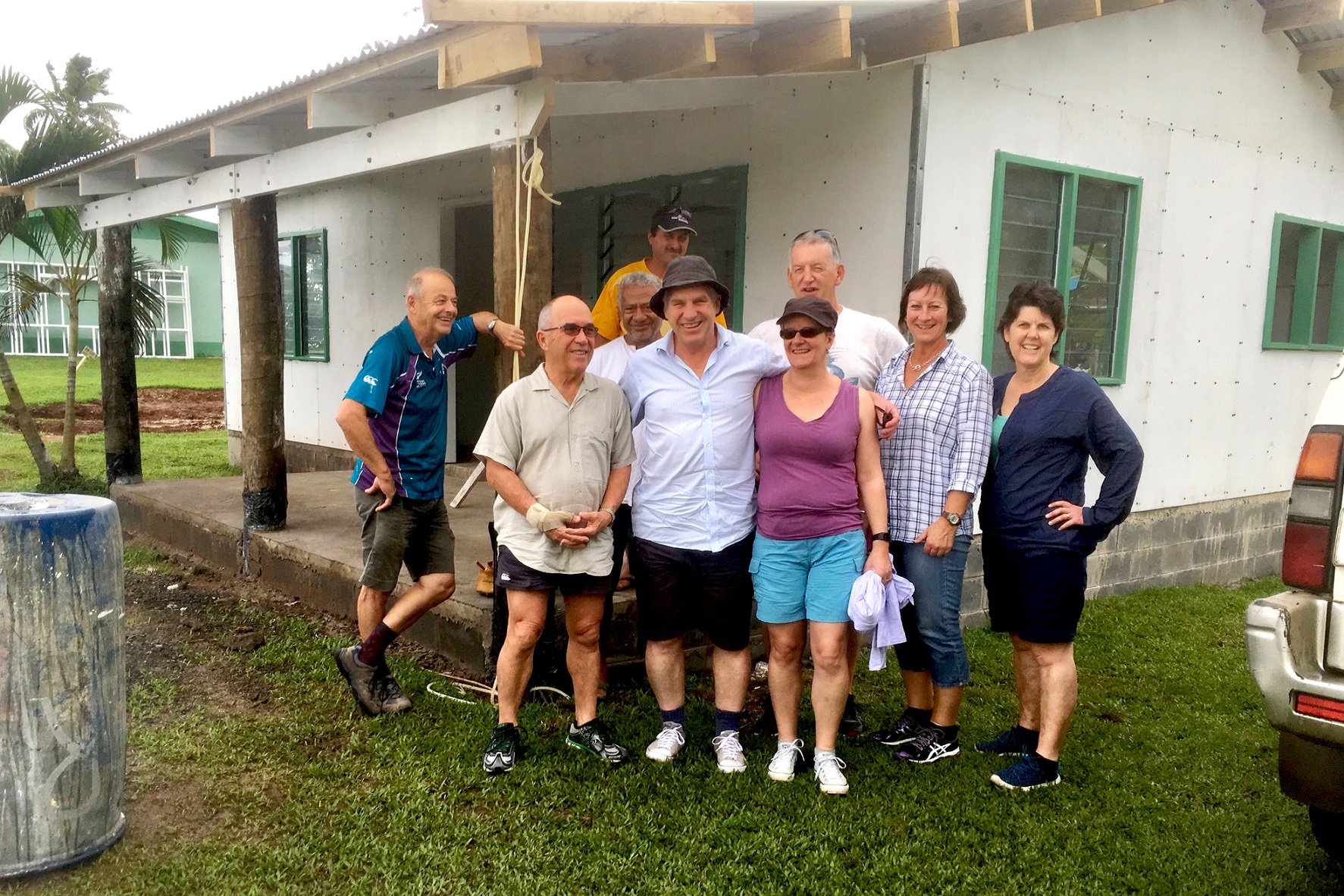 THE Taveuni Rotary Club has been awarded a tender by the New Zealand Government to rebuild schools that were destroyed by Severe Tropical Cyclone Winston in 2016.

Club president Geoffrey Amos said volunteers would carry out the project within the next 11 months.

“We applied for a tender with the New Zealand Government to rebuild affected schools and teachers’ quarters on Taveuni and we got it,” he said.

“This is because we backed up our application with the work we have done in the past for the communities on this island.

“So we have three teams out there and they have already started working on the rebuilding project. Basically, we will build one teacher’s quarters or classroom every month.”

Mr Amos said two teams were based at Lavena to rebuild two classrooms and a teacher’s quarters.

“Then the team will build a second teacher’s quarters at Lavena and this will be funded by the NZ Government,” he said.

“The current rebuilding projects on the two classrooms and one teacher’s quarters also at Lavena are being funded by the Japanese Government.

“When we are done with Lavena projects, we will then rebuild two classroom blocks at Bouma Primary School and this is a NZ-funded project.”

Mr Amos said there were plans to also rebuild a burnt concrete house at the hospital compound in Waiyevo.

“We will rebuild this house and it is almost completed. It will accommodate expectant mothers who travel from outer islands and villages far from the hospital,” he said.

“Expectant mothers can use this house a week before their due date so they don’t have to rush to the hospital.

“Sometimes, transport is not available and the bad weather causes flash floods in flat areas where villages are located so to save them the trouble, they can travel to Waiyevo a week before the due date.”

Mothers from as far as Yanuca and Qamea islands, Mr Amos said could also use the four-bedroom accommodation.

The Rotary Club would also build a separate room for surgeons who may find the hotel rates on Taveuni expensive.