Cloud of doubt on Krishna’s availability 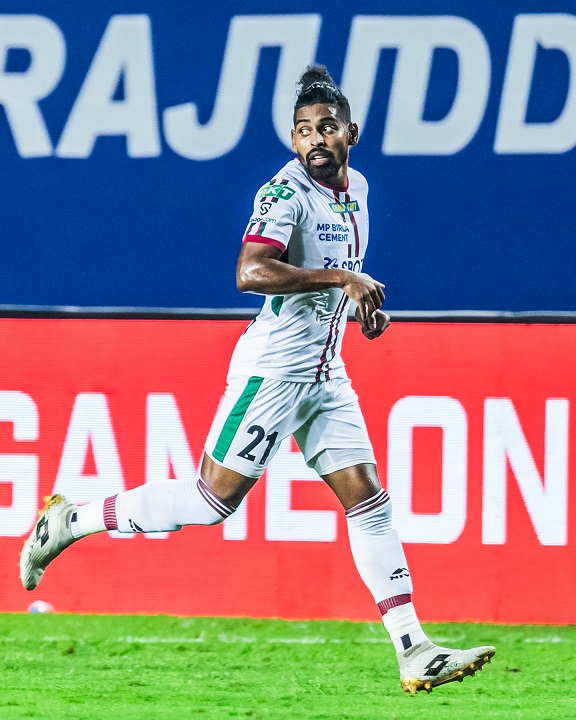 Roy Krishna in action for ATK Mohun Bagan. The national captain trained with the Fiji side this morning. Picture: ISL

A cloud of doubt surrounds the availability of captain and marksman Roy Krishna for the opening match of the 2022 FIFA World Cup Oceania qualifying tournament in Qatar against New Caledonia.

Fiji’s fixture in the regional playoffs against New Caledonia is on March 18.

He said as a result Krishna was bound by the club to play for them.

“The FIFA international window opens on March 21 and that is when we play New Zealand,” Serritslev said.

“So it is a wait and see situation. India is close to Qatar so getting Krishna in after his club obligations should not be a problem.”

The ‘Bula Boys’ departed for Qatar via Sydney yesterday.

Serritslev said the preparations for the qualifiers had been good.

He said the main downfall was the lack of game time for the players as a unit.

“We are missing one thing and that is the friendly games,” Serritslev said.

“We will have one warm-up game lined up against Vanuatu in Qatar. We want to get one or two more games against the Asian teams before the competition starts.

“Fitness level is on par. One positive thing is that there is not much difference in the climate there. Our matches will be held at around 8pm Qatar time and it will be a bit cooler then what we normally have in Fiji. So it will ease the players and I think they will show more power on the field.”