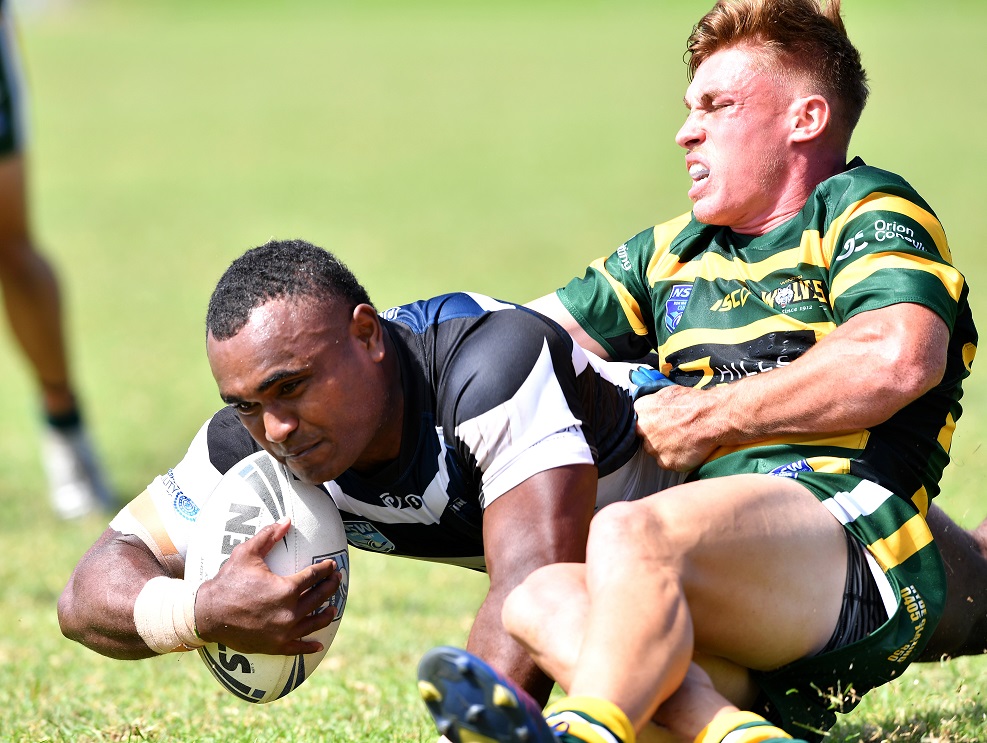 Kaiviti Silktails centre Inoke Vasuturaga powers in for a try against the Windsor Wolves during their Ron Massey Cup clash at the Hammondville Oval in Sydney. Picture: SUPPLIED/FILE

TWO missed conversions gave the game away as the Kaiviti Silktails lost to the Windsor Wolves 26- 30 in their Ron Massey Cup thriller at the Hammondville Oval in Sydney yesterday.

While it was redemption for the Wolves after having lost to the Silktails 16-40 at Churchill Park in Lautoka last year, it was heart-breaking for the Fijians as they lost their second match in the competition.

The Wolves shot off to a 24-10 lead at half-time, with successive tries from second row Kyle Cassel, super sub Mitchell Souter, Kakapuna Fotu getting a double and right centre Zac Mackay nailing all four conversions.

Silktails pivot Mosese Qionimacawa scored just before the break to bring the deficit to 14 points.

The Silktails rallied in the second half and fought back. Right centre Inoke Vasuturaga, who scored the lone try against St Mary’s last week, powered over the line for a try with Nayavucere converting.

Wolves’ skipper Tyler Cassel extended the home side’s lead with another try with Mackay easily converting, his fifth of the day.

A Wolves mistake opened the door for the Silktails to strike, picking up a loose ball ending with fullback Ratu Jilivecevece scoring and also converting his own try.

The Silktails worked the ball once more with chinks in the opponents’ defence allowing young winger Vuate Karawalevu to score but the important conversion missed by Nayavucere.

Multiple opportunities to score again in the final 10 minutes of the match were missed as the Silktails hunted the killer blow but to no avail with the Wolves hanging on for a thrilling victory.