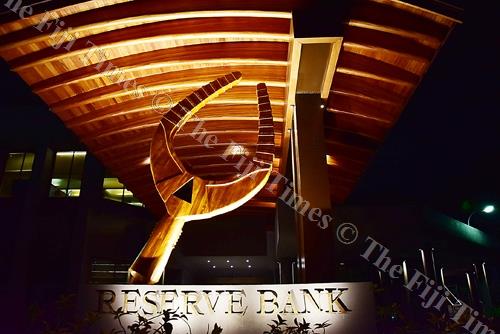 The Reserve Bank of Fiji (RBF) has approved the admission of a parametric insurance product – the FinTech Regulatory Sandbox (Sandbox) – which has been intended for live testing of innovative solutions, particularly those which help broaden access to various finance services among underserved segments of the population.

According to a RBF statement, the product was developed by the United Nations Capital Fund’s (UNCDF) Pacific Insurance and Climate Adaptation Programme (PICAP) and underwritten by its partners, FijiCare Insurance Ltd and Sun Insurance Ltd.

It was stated these new financial solutions must fulfil requirements and eligibility criteria defined in the Financial Sector Development Policy Statement No. 2 FinTech Regulatory Sandbox Guidelines.

As a flagship UNCDF regional initiative, the Pacific’s first climate risk parametric micro-insurance product was considered a natural fit for the Sandbox, as stated by the bank.

RBF governor Ariff Ali acknowledged that since the launch of the Sandbox in 2019, the bank had received submissions from a number of entities with innovative financial solutions for the Fijian market.

“The parametric insurance product developed by PICAP and its partners is the first solution to be given an approval for live controlled testing with customers, subject to certain conditions and reporting requirements,” he said.

“The simplicity of the product design, as well as the use of technologies for weather index modelling, onboarding beneficiaries and automating payouts upon the occurrence of predefined weather triggers, makes the product a first for Fiji.

“The Sandbox will help provide oversight and control prior to commercial deployment in the market.

“The RBF fully supports PICAP with this initiative and acknowledges its commitment to making climate insurance affordable and accessible.”

PICAP and its private sector partners and aggregators were stated to be part of the test for a period of 12 months from December 2021.

It said that during this period, they would work closely with the RBF to fulfil the conditions stipulated under the approval for Sandbox testing.

The test phase of the product was officially launched by the Attorney-General and Minister for Economy, Aiyaz Sayed-Khaiyum, in August 2021 and was described as an ‘impressive example of Pacific innovation’.

Once made available, the micro-insurance product was said to offer a maximum cover of $F1000 for cyclones and aimed to enhance the financial resilience for vulnerable communities as funding would be provided by the governments of Australia, New Zealand, India and Luxembourg’s Climate and Energy Fund.

“UNCDF is extremely privileged to have developed the first product that has been admitted for testing under the RBF Regulatory Sandbox,” he said.