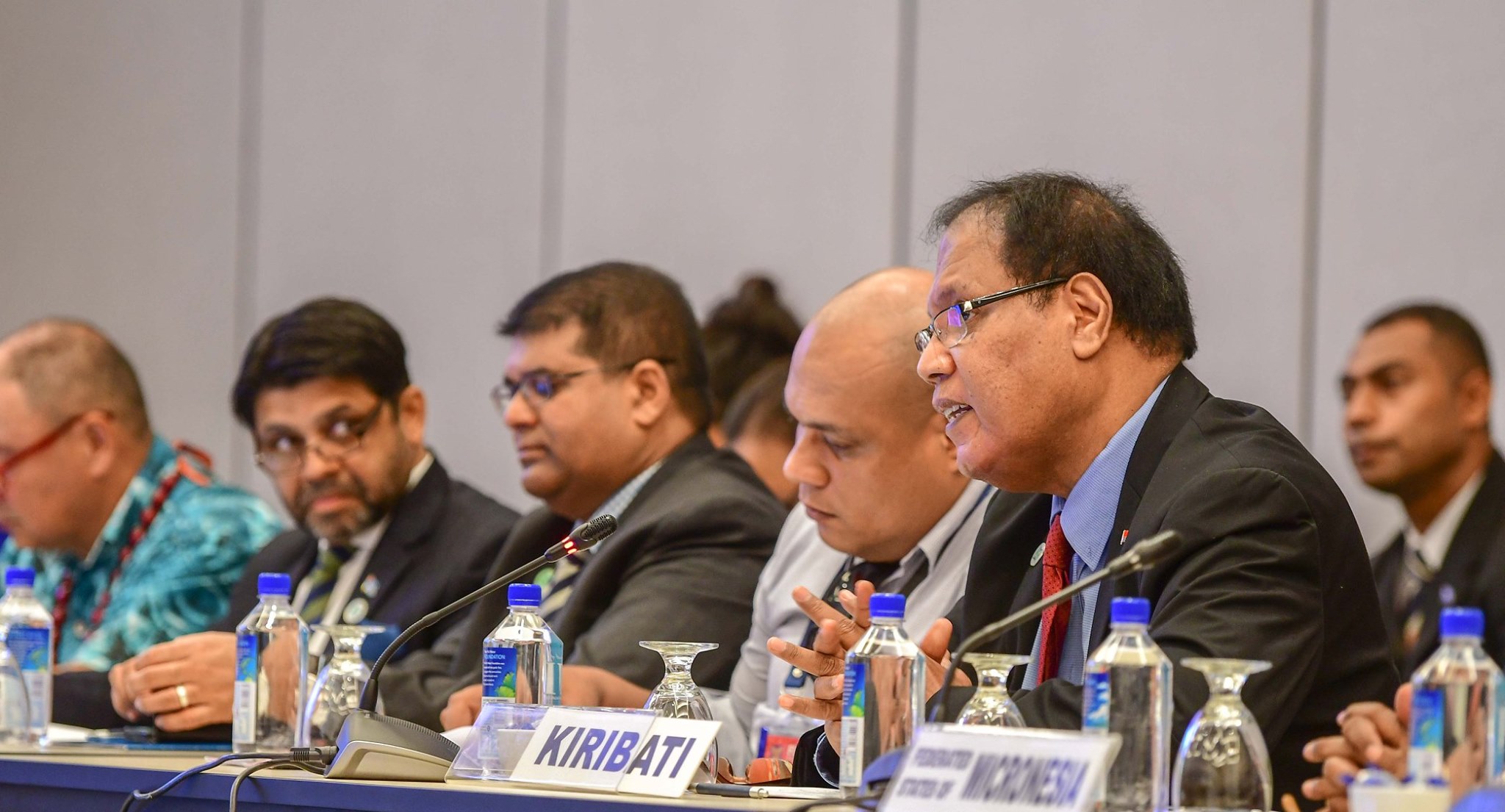 NADI, 01 MAY 2019 (ADB) – The effects of climate change including cyclones, droughts, and floods have lasting impacts on people, communities, and socioeconomic development.

And Pacific island nations are among the most exposed nations, globally, to these risks, according to a special 10th-anniversary edition of the Asian Development Bank’s (ADB) Pacific Economic Monitor (PEM) launched today, ahead of the 52nd Annual Meeting of ADB’s Board of Governors in Fiji.

This is the first time ADB’s largest annual event is being held in a Pacific island country.

“From its first edition published in May 2009 at the outset of the global economic crisis, the monitor has explored topical policy issues critical to development discourse in the Pacific,” said ADB Social Sectors and Public Sector Management Director for the Pacific Emma Veve.

“As such, it has become a must read for government officials, development partners, and academics working in the sub-region.”

Six of the most popular policy issues are revisited in this edition—climate change, disasters, high-cost structures, social service delivery, gender, and labour. Many of these issues are reflected in the Annual Meeting program.

Climate change remains one of the top challenges faced by Pacific developing member countries (DMCs) of ADB. The onslaught of several strong cyclones in recent years resulted in loss of lives, destruction of properties and infrastructure, and adverse impacts on economic growth.

Understanding those impacts and economic costs is vital for developing the long-term solutions that will ensure the survival of current and future generations of Pacific Islanders, as well as the sustainability of their respective economies.

A postscript assessing the longer-term impacts of Cyclone Pam in 2015 on Vanuatu’s economy shows a significantly higher debt burden than forecast, demonstrating the heavy cost of necessary infrastructure reconstruction, rehabilitation, and upgrading when grant funds are limited.

The challenges of living in island economies with high-cost structures were first explored in the PEM in 2013.

The latest available data confirm that real incomes in the Pacific are still lower than most countries in Asia.

Data confirm that while 2017 per capita GNI in half of the Pacific countries is higher than those of comparators in South Asia and Southeast Asia in nominal terms, when adjustment is made for purchasing power parity, 10 Pacific DMCs effectively have lower real per capita incomes than India.

Although the Pacific’s high-cost structure can hamper access to basic services and better development outcomes, operating inefficiencies in service delivery are also evident.

Nine years ago, it was noted that most Pacific economies tended to spend higher amounts on education and health services just to achieve similar outcomes to comparators in Asia.

Even then, however, a few Pacific economies managed to deliver services with costs on par with Asian counterparts—a clear indication that there remains room for efficiency gains even amid the Pacific’s high-cost structure.

The latest available data show that even more Pacific economies have become efficient in delivering social services, highlighting the effectiveness of reforms that have been ongoing since the original publication of this policy brief.

“The monitor points to the continued relevance of ADB’s efforts to reduce costs, enabling value creation, and build resilience through its support to Pacific developing member countries,” said Veve.

ADB is committed to achieving a prosperous, inclusive, resilient, and sustainable Asia and the Pacific, while sustaining its efforts to eradicate extreme poverty. In 2018, it made commitments of new loans and grants amounting to $21.6 billion. Established in 1966, it is owned by 68 members—49 from the region.