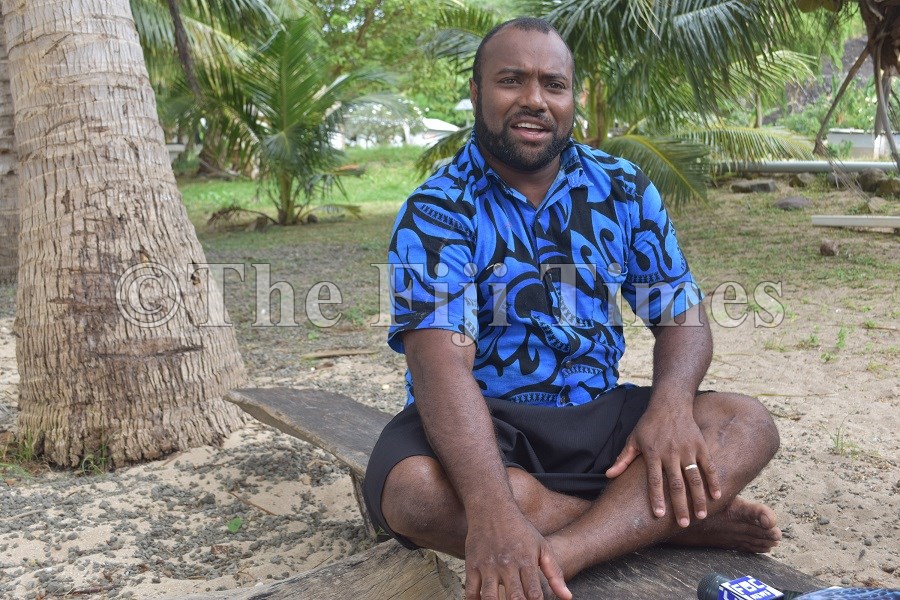 CLIMATE change has impacted on one of Fiji’s most treasured reptile species, the B. Vitiensis or Fijian crested iguana.

“The prolonged dry periods have also banished native fruiting trees on the island which are a favourite for the iguanas,” he said.

“We have actually carried out surveys on the weight of iguanas.

“We have found their weight drops during the prolonged dry periods and peaks during the rainy season when their food is plentiful,” Mr Matatia said.

“Also, the breeding places of iguanas where they normally bury their eggs is affected by prolonged heat or heavy rain.

“The extreme weather systems have affected the organisms and even though they exist in a very remote part of the world, they are also feeling the brunt of climate change.”

Mr Matatia’s father and grandfather were both protectors of the Fijian crested iguana on Yadua Taba.

He said they would focus on the four endemic iguana species in Fiji. Yadua Taba Island hosts between 12,000 and 13,000 Fijian crested iguanas.