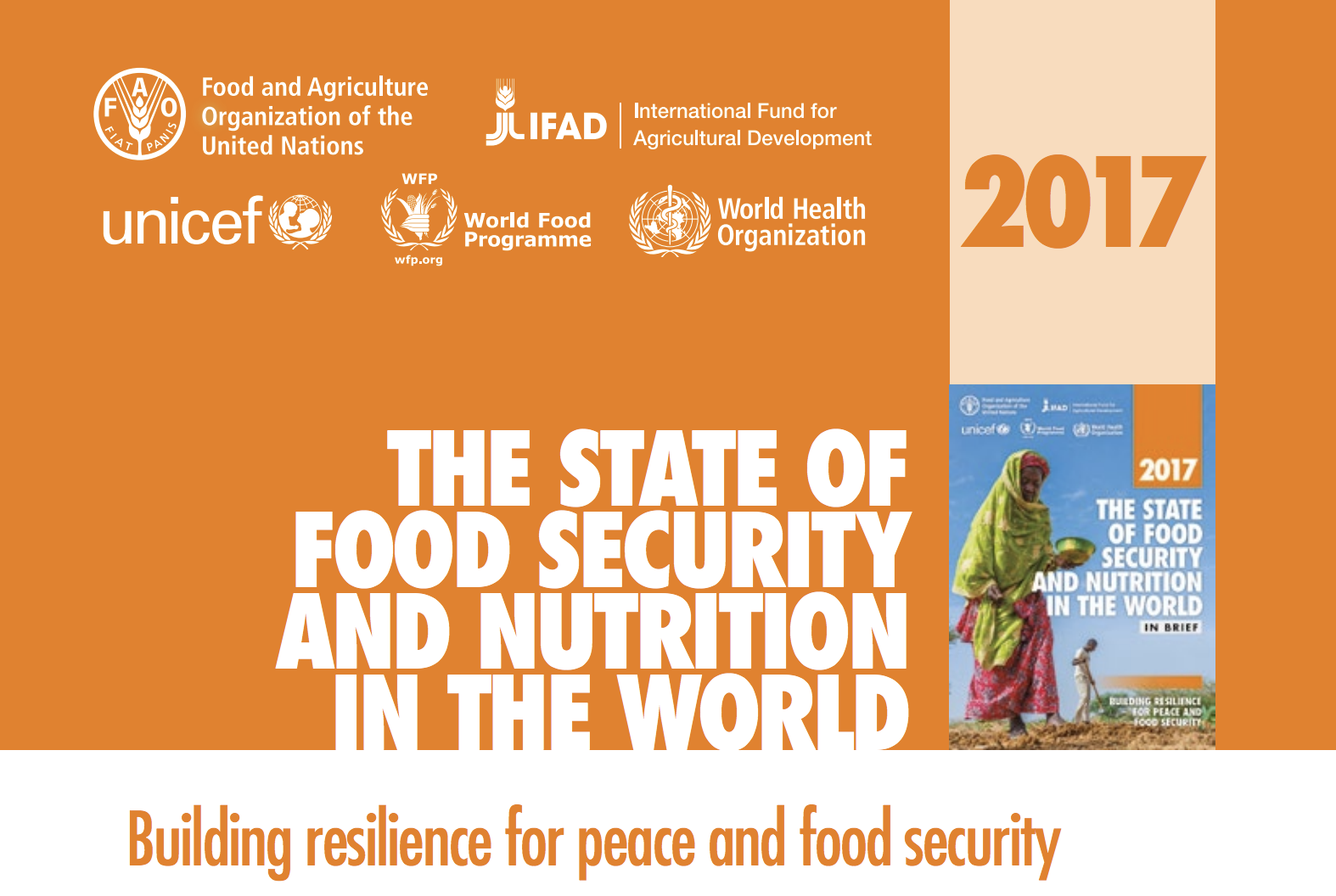 Worldwide, the number of undernourished people has been rising since 2014, reaching 821 million last year – or one in nine people across the globe – the UN Food and Agriculture Organisation’s State of Food Security and Nutrition in the World report found. Picture: FAO

ROME, 13 SEPTEMBER 2018 (THE GUARDIAN) – Climate change is making people hungry – with nearly 100 million people across the world needing humanitarian food aid because of climate shocks last year – and a growing number of people are malnourished across the Pacific, a new United Nations report says.

Last week, the Pacific Islands Forum stated formally that climate change represented the “single greatest threat to the livelihoods, security and wellbeing of the peoples of the Pacific” – a declaration Australia ultimately signed but had spent much of the forum attempting to undermine.

Worldwide, the number of undernourished people has been rising since 2014, reaching 821 million last year – or one in nine people across the globe – the UN Food and Agriculture Organisation’s State of Food Security and Nutrition in the World report found.

The number of hungry people globally has returned to levels of nearly a decade ago, and nearly one in four (22.2%) children aged under five are stunted through malnutrition.

Low- and middle-income countries were especially acutely affected by more frequent climate extremes and natural disasters. Africa remains the region where malnourishment is most common at 20.4% of the population. But “Oceania” – broadly synonymous with the Pacific region but excluding Australia and New Zealand – is the only region in the world where the rate of undernourishment has increased over the past 12 years, to 7percent.

Nutrition in Pacific countries is very sensitive to climate extremes.

Worldwide, five of the 15 countries considered the most vulnerable to natural hazards are Pacific small island developing states. Vanuatu is ranked as the world’s most vulnerable.

Recurring climate shocks such as drought, delayed monsoons, tropical cyclones and floods – and with insufficient recovery time between disasters – have undermined food security across the Pacific, increased dependence on food aid, and weakened the nutrition of those who live there.

In 2015 Vanuatu was devastated by the category 5 Cyclone Pam, which destroyed reefs, fishing boats and food crops. This was followed by a severe El-Niño-induced drought that further exacerbated food insecurity and led to widespread water scarcity.

“After Cyclone Pam, the water that belongs to you and me was not very good,” the teacher said. “I had to stop class sometimes – half days – and then we’d eat all together. Sometimes we tell the children not to come to school tomorrow because we don’t have enough food.”

In Timor-Leste households affected by drought limit the amount of food they eat, by limiting their portions, reducing the number of meals they eat each day, or selling household assets for food.

And in Papua New Guinea, 45 percent of children are stunted by malnutrition, and more than 15 percent are wasted, one of the highest rates in the world.

“A hot world is a hungry world,” he said. “The cost of failing to act on climate change is being measured in devastating food crises, and more and more people going undernourished.”

Bradshaw said Australia’s failure to curb its climate pollution was contributing to increasing global hunger “and inflicting pain and hardship on the world’s most vulnerable communities”.

“Resolving conflict and war, tackling the drivers of inequality and poverty, and fighting the causes of climate change are crucial in the global effort to reduce hunger – and Australia has a role to play in each of these areas,” he said.