Clearing the fog: How Reuters covered the ups and downs of the Trump-Kim summit 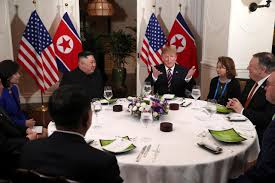 SEOUL/HANOI (Reuters) – North Korea’s leadership once said its decisions should be “cloaked in fog”, Vietnam’s ruling party keeps a tight rein on domestic media, and U.S. President Donald Trump relishes keeping the press guessing. Put this all together and it’s a nightmare for journalists. Lack of information on even basic details like locations and […]