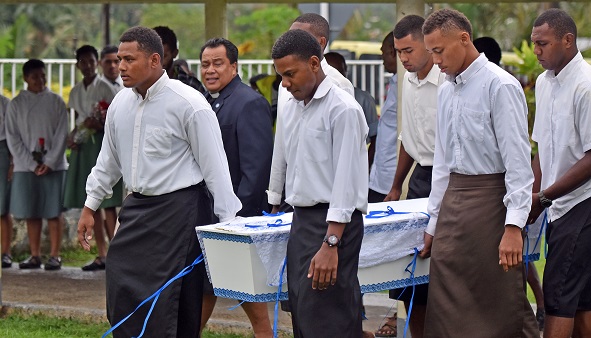 The church was filled with family and friends including Steve’s classmates from Saraswati Primary School in Nausori.

His stepmother, Alena Naibuka, described the young boy as hardworking and obedient.

Ms Naibuka said both of Steven’s parents had died.

Before his death in April, Steven’s father had asked her to look after him.