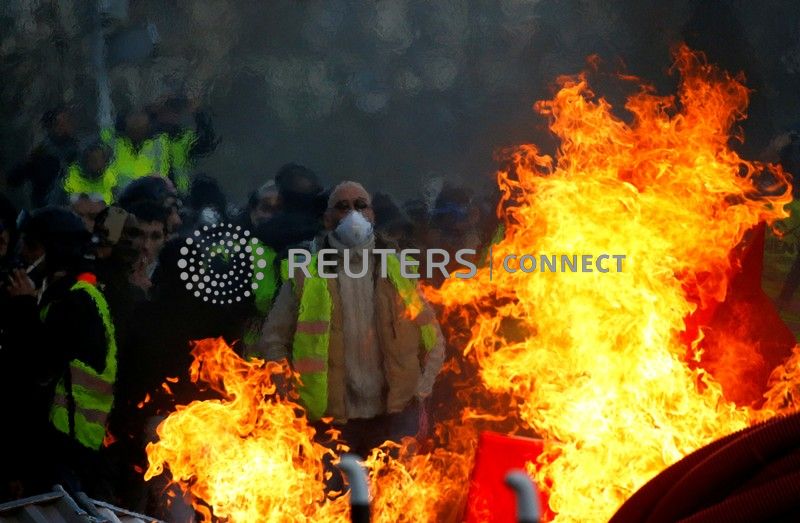 Protesters wearing yellow vests are seen behind a fire as they attend a demonstration of the "yellow vests" movement in Angers, France, January 19, 2019. REUTERS/Stephane Mahe

PARIS (Reuters) – Clashes broke out throughout France on Saturday, as an estimated 84,000 “yellow vests” demonstrators took to the streets in a 10th consecutive weekend of protests against President Emmanuel Macron’s government. The demonstrations passed off relatively peacefully in Paris where 7,000 turned up, although Reuters Television reporters saw scuffles briefly break out between […]