Clarity on Will issue 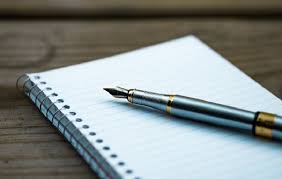 ANYTHING that is communally owned cannot be included in a Will.

Fiji Public Trustee Corporation Ltd (FPTCL) chief executive officer Antonio Takala said in a communal ownership situation, people could not include anything owned communally in their Will because it was not an individual’s property.

“Any property you have on a communal land belongs to the mataqali and it does not belong to an individual person,” he said.

“The only thing people can include in the Will is their own personal assets which they hold the titles to under their names.

“One of the things we are currently doing is helping Government when they are looking at providing housing to those who cannot afford it and one of the ways to do that is through the transfer of wealth.

“The transfer of wealth is from a person who owns a property to his children and so forth.

“So one of the things we are trying to advocate is for those who own a property to get a Will drawn up.”

He said over the years, FPTCL had seen an increase in the number of people coming in to draw Wills. “It is impacting the people, especially retirees who are coming almost every day.

“Sadly on the other hand, there has been an increase in the number of estates because younger people are dying.”

Mr Takala said it was the younger people who did not want to draw up a Will despite them dying in their 30s and 40s.