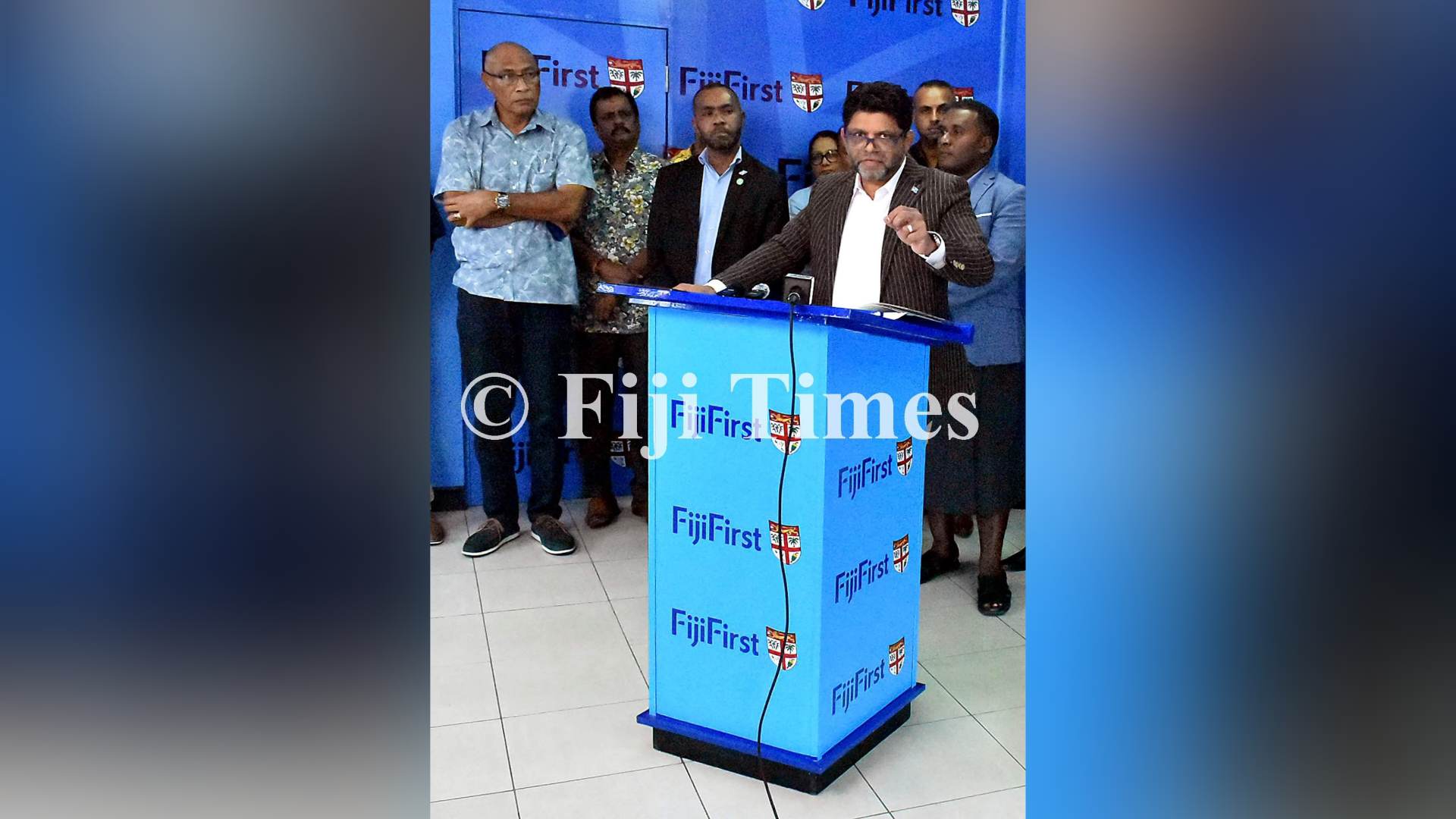 Who’s broken the law? “Separation of powers” and all that stuff.

He pontificated at length while his party’s MPs stood silently behind him.

From what I could tell, Mr Sayed-Khaiyum’s speech was a mixture of political criticism and claims about the law. The politicians can respond to the political rhetoric. But claims that the Government has broken the law are a more serious matter.

Mr Sayed-Khaiyum has raised a number of complaints suggesting that the new Government has broken the law. He has not been very clear about why this is so. However, for the record, let’s go over these complaints (or at least what he seems to be suggesting):

Wrong. The Commissioners were asked to resign. They did so. No law prevents them from resigning. If they had refused to resign, they would have remained in place (as others have done).

Mr Sayed-Khaiyum says that the PM had “no authority” to ask them to resign. Wrong. Nobody needs “authority” to ask anyone else to commit a voluntary act. The former Constitutional Offices Commissioners are not the property of the FijiFirst party. No law has been broken.

Wrong. It is a free country. The minister may make any request he wants – and the Commissioner may accept or refuse that request.

Mr Sayed-Khaiyum read out s.4 of the Constitution (“Secular state”) and claimed that at Government functions prayers were now only offered in one religion (presumably the Christian one).

To suggest that this is something new – that this did not happen under the FijiFirst party government – is fantasy. And I too wish that those who offer prayers were sometimes a little more sensitive to other religions.

But that is not the point. The Constitution does not tell any of us how to pray.

Mr Sayed-Khaiyum should be specific. Which boards is he referring to? If board members have resigned and been replaced, then what I have already said about resignations also applies.

For a number of statutory bodies the minister has, under the relevant law, the power to appoint board members. This power generally includes the power to dismiss them.

Replacing boards or board members mid-term is certainly nothing new. Mr Sayed-Khaiyum may recall a recent example while he was Minister for Housing. He requested the entire Housing Authority board to resign before the expiry of their terms (and they complied).

Wrong. Any parties to litigation – including employers and employees – can decide to settle their differences at any time – including after a court ruling. The new Government has requested ATS to take its former employees back. If ATS has a legal problem with this, no doubt it will tell Government.

Other than for the formal process of electing the Speaker and the Prime Minister, Parliament has not yet even sat yet.

The new Government wants to allow the use of vernacular languages in Parliament. The current Standing Orders do not permit this.

Under the FijiFirst party government, this phrase seemed to be thrown around to justify anything. For example, the Parliament Secretariat would frequently refuse to allow Opposition MPs to ask questions of government ministers because of “the separation of powers”.

This justification made no sense. Section 91 of the Constitution requires ministers to be accountable to Parliament.

In layman’s terms, “the separation of powers” means only that the legislature (Parliament), the executive (Cabinet and civil servants) and the judiciary (judges and magistrates) should each “stay in their lanes”.

They should not interfere in each other’s functions. Mr Sayed-Khaiyum has made no specific allegations that the new government has breached this concept. What law does he say has been broken?

Mr Sayed-Khaiyum’s FijiFirst party Government applied the Constitution as it suited them.

It never set up a Freedom of Information Act as the Constitution required (s.150). This was, after all, his own government’s constitution.

His government treated Parliament – the elected representatives of Fiji’s people – with contempt. Almost all of its laws were passed under urgency (Standing Order 51).

Typically, parliamentarians got two days’ notice of what new laws the government was proposing, sometimes less. That meant no one had time to review the laws
or consult the people on them.

The FFP government treated the people’s laws as its own property. Mr Sayed-Khaiyum complains about board members being removed and public service appointment rules not being followed. He says nothing about the numerous arbitrary terminations of many public servants under the FijiFirst party government, including the Solicitor-General and the Government Statistician.

It was no less than the Fiji Law Society president who this week described rule of law under the FijiFirst government as “sometimes hanging by a thread”.

Against this background, not many lawyers are prepared to listen to Mr Sayed-Khaiyum lecture us on the law.

The “separation of powers” doctrine is also clear that if you have a problem with the lawfulness of any government action, the courts are there to solve that problem. It is the
courts who decide if anyone has breached the Constitution. It is not the secretary of the opposition political party.

So, if Mr Sayed-Khaiyum has a complaint that the law has been broken, he should do what the rest of us do – take it to court. That is what he frequently told the Opposition to do when it complained about what his government did.

Mr Sayed-Khaiyum has a little more time on his hands now. He is a qualified lawyer with a practising certificate. So – get on with it. Bring your complaints to court, because
that is where they belong. Should Mr Sayed-Khaiyum really be lecturing us about the law?

Finally, Mr Sayed-Khaiyum has still not explained to anyone how, in the space of three days in January, he got himself kicked out of Parliament by accepting a position on the Constitutional Offices Commission – and then had to resign from the Constitutional Offices Commission when asked how he could continue as general secretary of the Fiji First Party.

Should we really be taking legal advice from him?