City’s Sterling out of West Ham game with hamstring problem 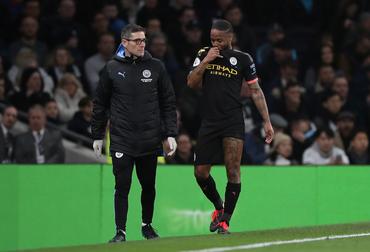 LONDON (Reuters) – Manchester City forward Raheem Sterling will miss the visit of West Ham United in the Premier League on Sunday with a hamstring injury, the club said on their website here on Thursday.

The England international limped off with six minutes remaining in the 2-0 defeat at Tottenham Hotspur on Sunday and scans showed he has damaged his left hamstring.

Champions City are second in the table and trail Liverpool by 22 points, while West Ham have slipped into the relegation places and stand a point behind Aston Villa in the safety zone.