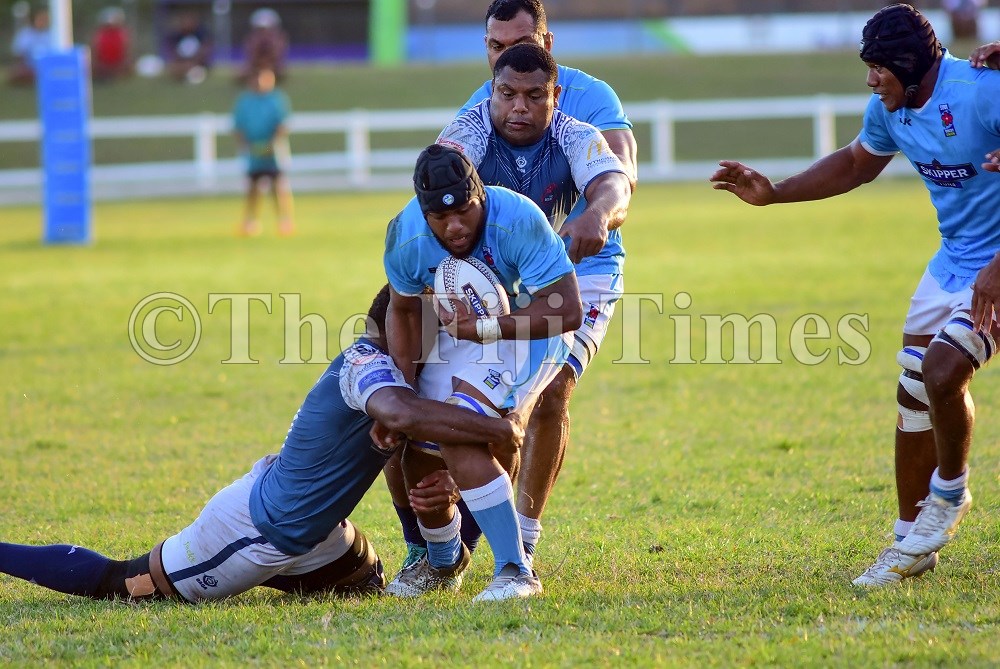 Defending champion Suva maintained its lead in the Skipper Cup beating a determined Nadi side under the lights by 22-3 at Lawaqa Park.

Team manager Nemani Tuifagalele (pictured) said it was a sweet victory as Suva came with a mission to settle the score with the Jetsetters after a close 20-15 win in their first meeting.

“We came to rectify our first encounter and I can say we did settle the score and tick a box on our to do list,” Tuifagalele said.

“Nadi gave us a good game, but it’s mission accomplished for us and we go back with a bonus point win.”

Nadi drew first blood early in the first half after Suva conceded an early penalty through fly half Sela Toga eight minutes in, however it would be their only points.

Early attempts by Suva were thwarted by miscommunication and the tough Nadi defence forcing Suva unforced errors as the Capital City side to find their consistency in the first quarter.

Suva’s break came on the 38th minute mark with a penalty try being awarded as Nadi repeatedly collapsed the scrum a few metres away from the try line, taking Suva into the front.

Suva blindside flanker Tui Cakacaka scored a try in the corner after a series of pick and drive with the conversion missed from flyhalf Jone Manu sending the teams to the tunnel with Suva holding a 12-3 lead.

Nadi upped the tempo as they looked to get back in the game but the Suva defence was solid throughout the entire contest denying Nadi any thoroughfare.

Suva sealed the deal after a few phases of fast play in the final 10 minutes as the Nadi pack failed to contain the attack with Suva center Apisalome Vota eyeing a gap to run in and score another try further extending their lead.

Debut reserve fullback Sireli Maqala hit the final nail in the coffin when reserve halfback Serupepeli Vularika kicked the ball down into an empty backfield in Nadi’s 22m territory followed by a foot race down the field with Maqala scoring the final try of the match In the women’s grade, Wallson Suva beat Nadi 45 – 20 while Nadi claimed victory in the under-19 game by a close 23 – 22.