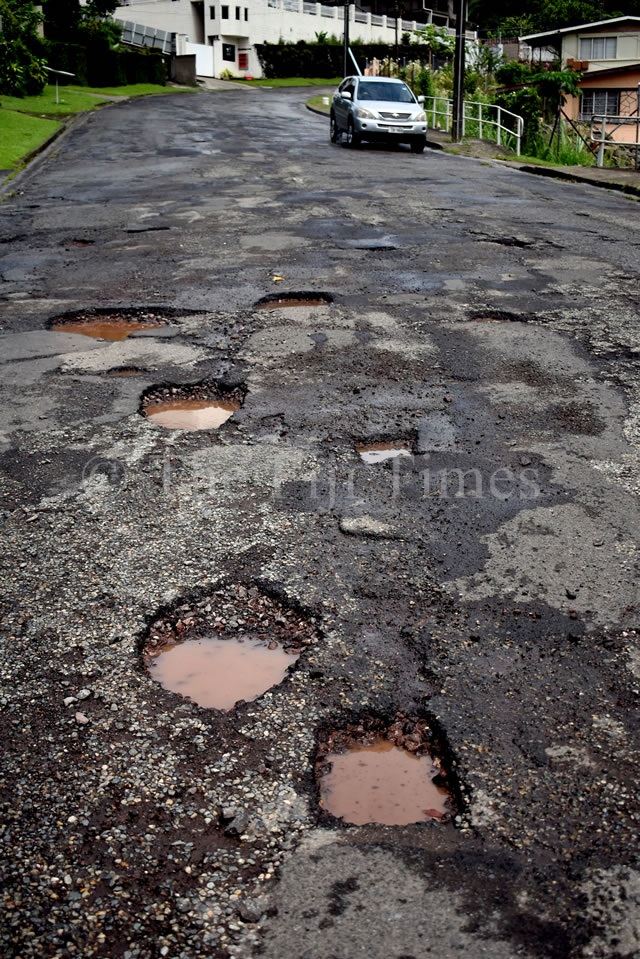 Residents of Namadi Heightsin Suva have complained about patches contractors have used to patch up their roads following recent roadworks.

Shaturhan Sinha, 43, said as city ratepaying citizens, they were at least entitled to decent roads.

“After numerous complaints, they patched up the roads here at Kaukimoce Rd, but they used soapstone,” claimed Mr Sinha.

“We don’t know how long this soapstone patches will last in this weather and the potholes will reappear.

“As it is, two vehicles can’t travel on the road because both drivers will be trying to avoid the potholes.”

A taxidriver, who preferred to remain anonymous, said repair costs to damaged vehicles had become expensive.

“Every time we go to the garages to get repair works done on our cars, it costs more and more,” he said.

“The road conditions around Namadi are very bad. The Government needs to think about the public using the roads and the drivers who drive for somebody else.

“When we go to the owners, we’re told we can’t get the taxis fixed because it costs more now.

“I travel along the Namadi roads, often dropping off passengers. We can’t maintain the condition of the vehicles because of the road conditions here especially along Salato Rd.

“We can dodge the potholes here on Salato Rd sometimes but we might collide with oncoming vehicles. On top of that we’re booked by LTA (Land Transport Authority) and police and these are difficult times.

“Hopefully, the authorities can patch up the roads so we don’t have repair costs added to our expenses.”