Cipriani will be judged on Gloucester form – Jones 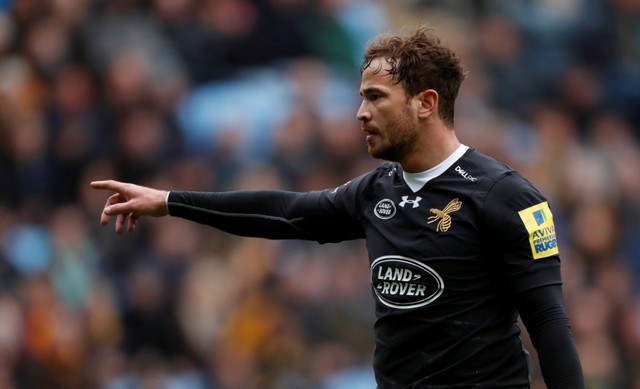 Cipriani was reprimanded by the Rugby Football Union and his new club after admitting common assault and avoiding arrest in an incident last month on a pre-season tour of Jersey.

“I went down there on Monday and had a chat to him,” Jones told the BBC. “We will judge him on what he does on the pitch.

Cipriani, 30, played for England in the third test against South Africa in June, his first start for the national team for 10 years.

The incident outside a nightclub, for which Cipriani was fined 2,000 pounds ($2,600) each by a Magistrates Court and Gloucester, was the latest in a series of off-field controversies that have dogged his career.

“You have got to find out what really happened. You have to find out the facts,” Jones said. “We spoke to Cipriani, we spoke to the club. We feel it’s been dealt with.”

Cipriani was man of the match on his Gloucester Premiership debut on Saturday as he led the team to a 27-16 win over Northampton.