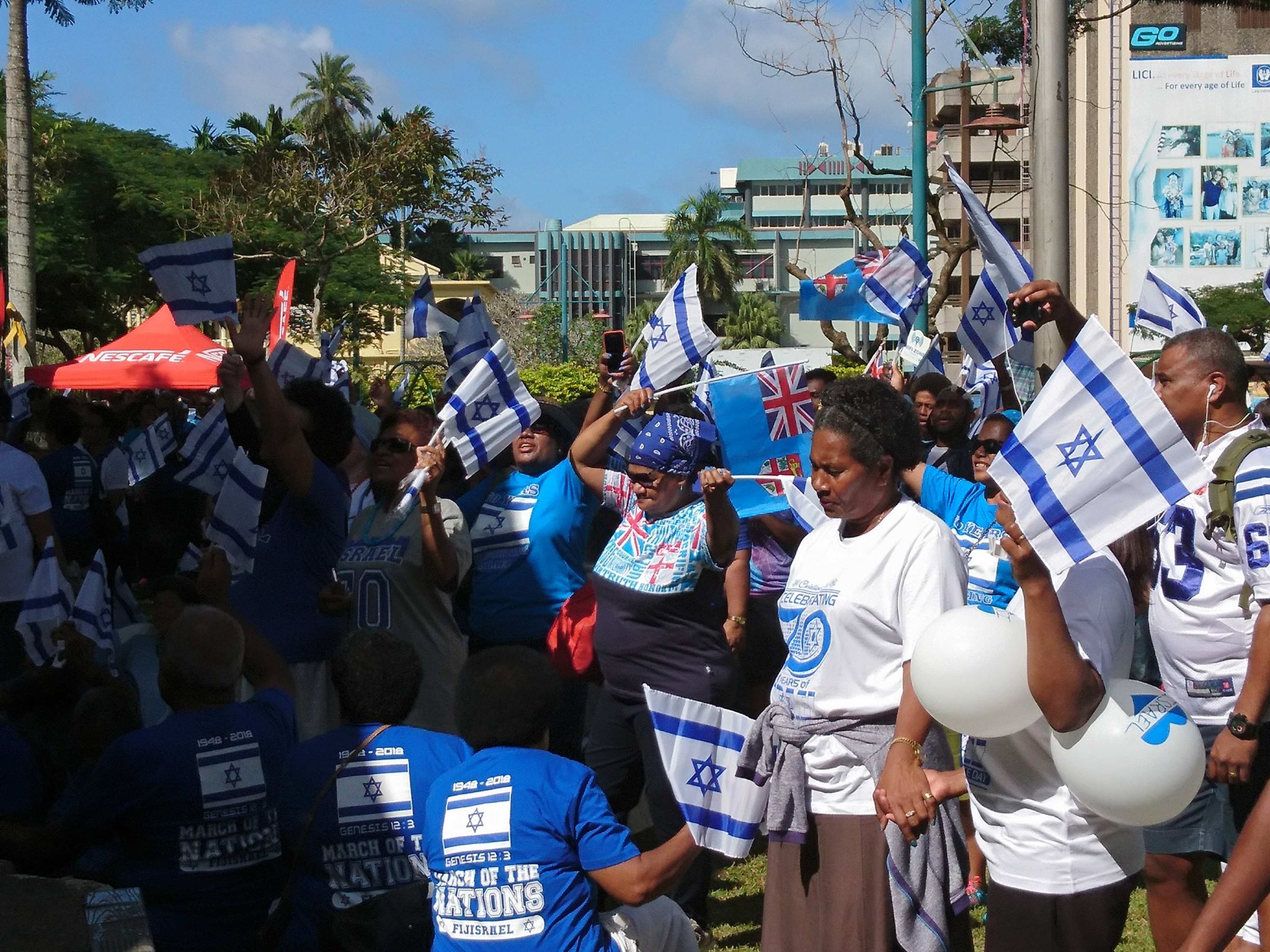 HUNDREDS of Fijians from Christian denominations filled up the capital today to march in celebration of 70th anniversary the nation of Israel.

“It’s not a church but it’s a worldwide movement where all Christians gather together, all Christians who believe and stand with Israel,” Mr Makubuna said.

“That is why we are gathered here today – to celebrate 70 years of Israel’s existence,” he said.

Mr Makubuna said the program for the day began with a march from the Flea market to Sukuna Park.

He said our faith and inheritance is rooted in Israel and that’s what we should appreciate as Christians and it’s also a cause for celebration.