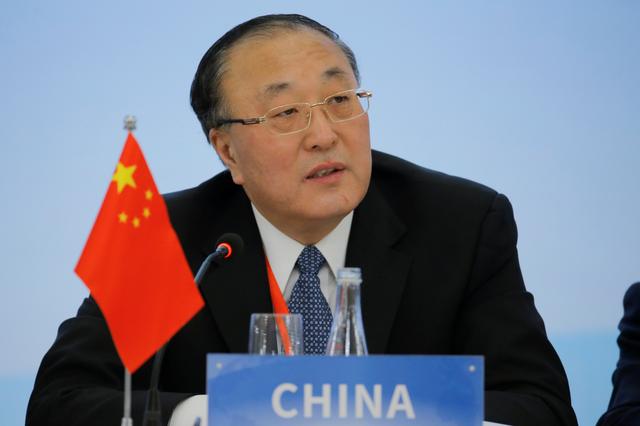 UNITED NATIONS (Reuters) – China’s U.N. Ambassador Zhang Jun said it is “imperative” that the United Nations Security Council ease sanctions on North Korea in a bid to support talks between Pyongyang and the United States and “head off a dramatic reversal” of the situation.

“It is imperative that this council take action and invoke the reversible provisions in the DPRK-related resolutions as soon as possible in the light of the evolving situation on the peninsula and make necessary adjustments to the sanctions measures,” Zhang told the council.