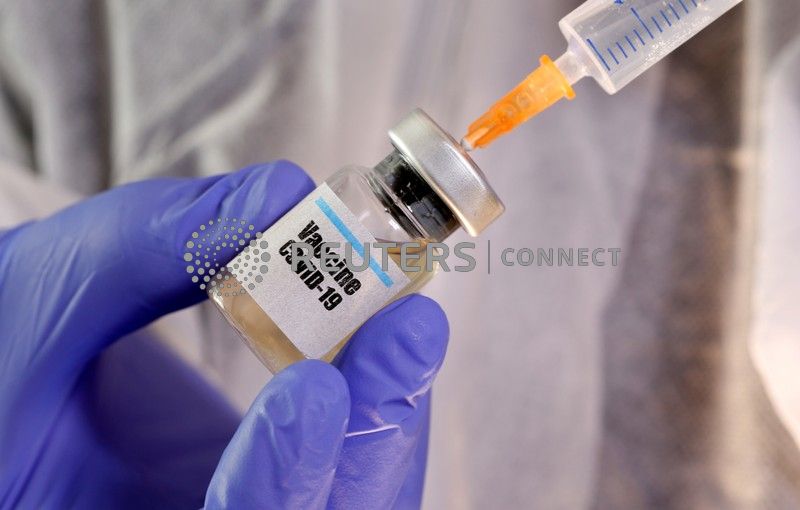 FILE PHOTO: A woman holds a small bottle labeled with a "Vaccine COVID-19" sticker and a medical syringe in this illustration taken April 10, 2020. REUTERS/Dado Ruvic/Illustration/File Photo

G42 Healthcare CEO Ashish Koshy said expanding the trial to the small island state of Bahrain will increase the numbers of participants on a par with trials underway in nations with much larger populations.

The study, which uses an inactivated vaccine, will include around 6,000 citizens and resident volunteers in Bahrain over 12 months, the health ministry said.

No COVID-19 vaccine has yet been approved for commercial use.

The trial in the UAE, which was expanded from Abu Dhabi to include another centre in Sharjah emirate, on Thursday reached a milestone of 5,000 vaccinations, a joint statement from the trial organisers said.

Bahrain, with a population of 1.5 million, has recorded more than 44,000 cases of the new coronavirus and 162 deaths.