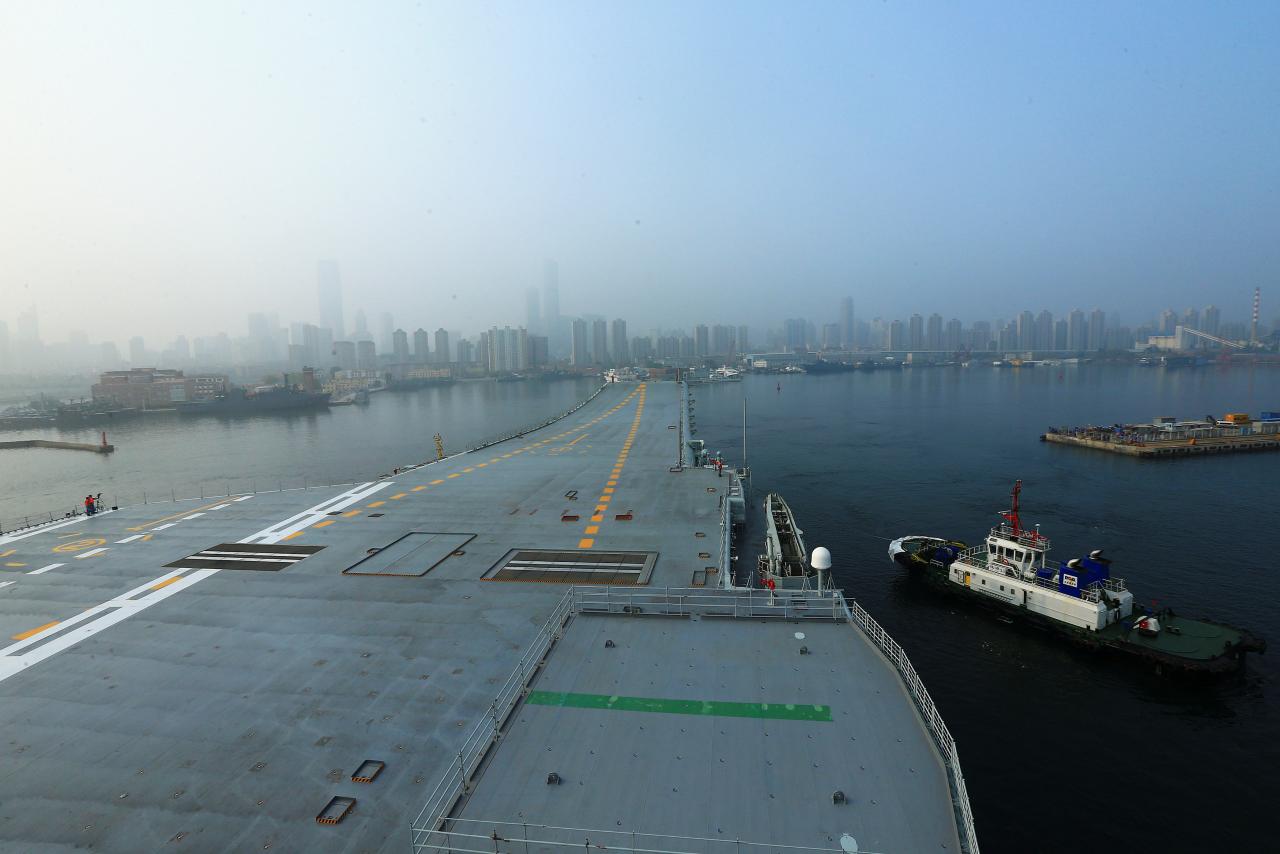 The still-unnamed carrier was launched this time last year but since then has been undergoing fitting of weapons and other systems and has not yet entered service.

The official Xinhua news agency confirmed the ship had left for trials with a short announcement. Other state news outlets showed undated photos of a fog-shrouded carrier just off of its dock.

“Our country’s second aircraft carrier set sail from its dock in the Dalian shipyard for relevant waters to conduct a sea trial mission, mainly to inspect and verify the reliability and stability of mechanical systems and other equipment,” Xinhua said.

Little is known about China’s aircraft carrier program, which is a state secret, though official media in recent weeks had widely speculated that sea trials were set to start.

Chinese President Xi Jinping is overseeing an ambitious plan to update the armed forces, including the development of stealth jets and anti-satellite missiles, as China ramps up its presence in the disputed South China Sea and around self-ruled Taiwan, an island it considers its own.

Chinese military experts have told state media that the carrier, China’s second and built in the northeastern port of Dalian, is not expected to enter service until 2020, once it has been fully kitted out and armed.

But the government has said the new carrier’s design draws on experiences from the country’s first carrier, the Liaoning, bought second-hand from Ukraine in 1998 and refitted in China.

Unlike the U.S. Navy’s longer-range nuclear carriers, both of China’s feature Soviet-design ski-jump bows, intended to give fighter jets enough lift to take off. They lack the powerful catapult technology for launching aircraft that U.S. carriers have.

China’s navy has been taking an increasingly prominent role in recent months, with its first aircraft carrier, expected to serve more as a training vessel, sailing around self-ruled Taiwan and new Chinese warships popping up in far-flung places.

State media has quoted experts as saying that the country needs at least six carriers. The United States operates 10 and plans to build two more.

Most experts agree that developing such a force will be a decades-long endeavor for China, but progress on the home-built carrier holds a certain prestige value for Beijing, seen by many analysts as keen to eventually erode U.S. military prominence in the region.