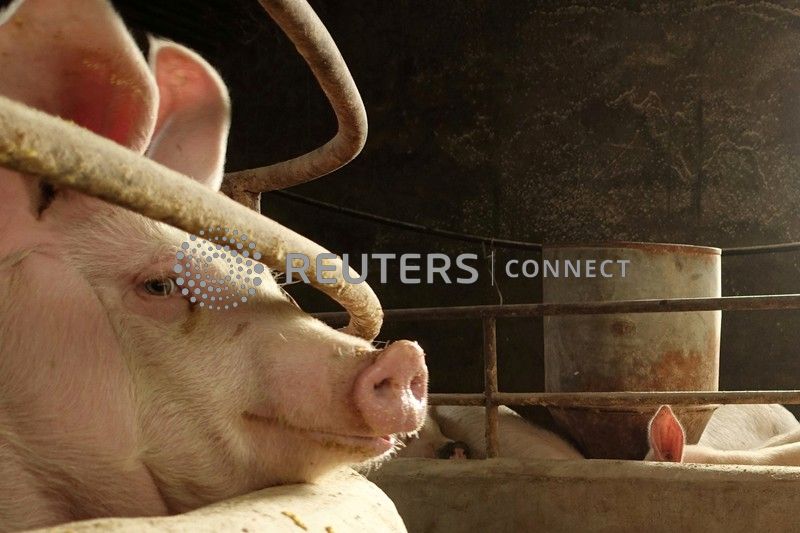 FILE PHOTO: A pig is seen on a farm at a village in Changtu county, Liaoning province, China January 17, 2019. REUTERS/Ryan Woo/File Photo

BEIJING (Reuters) – China said on Friday that it had confirmed outbreaks of African swine fever in two locations in Hainan province, an island off the country’s southern coast which it had hoped to keep free of the contagious disease.

The disease, fatal to pigs but harmless in humans, was found on two small pig farms in Danzhou city and two farms in Wanning city. African swine fever has now been found in every province and region on the mainland, including Hainan island, since it was first detected in August 2018.

The new outbreak suggests that the situation is “out of control,” said Yao Guiling, a livestock analyst with Guantong Futures.

The rapid and ongoing spread of the disease has raised concerns about a looming pork shortage in the world’s top producer and consumer of the meat.

Pork output fell 5.2 percent from a year earlier in the first three months of this year, the National Bureau of Statistics said on Wednesday, and it is expected to fall much further in coming months.

Hainan island, a popular tourist destination about 450 kilometres south of China’s Guangdong province, was considered by the Ministry of Agriculture and Rural Affairs to have a good “natural barrier” against the disease.

In a draft plan to establish zones to control the spread of the disease, the ministry said Hainan would be the first region to set up areas free of African swine fever.