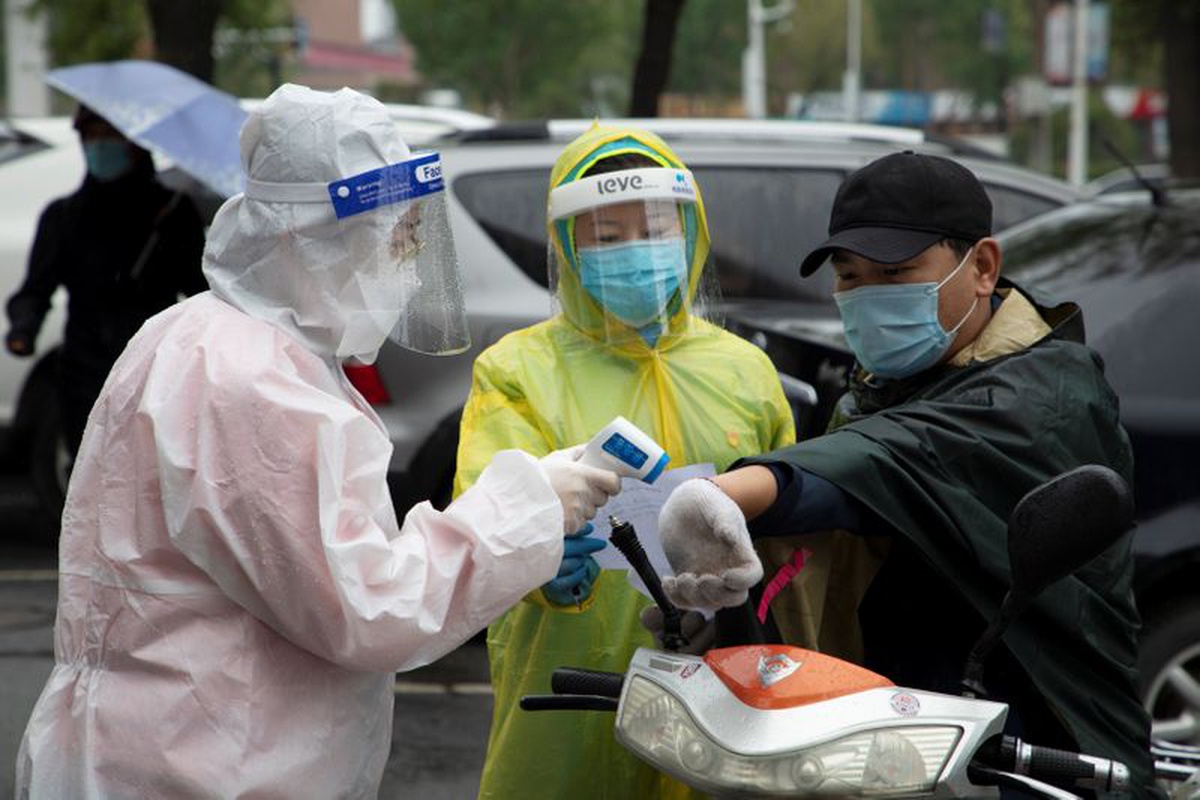 FILE PHOTO: Volunteers in protective gear measure the body temperature of a man at the entrance of a residential compound following the coronavirus disease (COVID-19) outbreak, in Chuanying district of Jilin, Jilin province, China May 22, 2020. China Daily via REUTERS

China recorded no new confirmed Covid-19 cases on the mainland for 22 May, for the first time since the pandemic began in Wuhan late last year.

The National Health Commission (NHC) said in a statement that this compared to four new cases the previous day. It said, however, there were two new suspected cases: an imported one in Shanghai and a locally transmitted case in the northeastern province of Jilin.

New asymptomatic cases of the coronavirus fell to 28 from 35 a day earlier, the NHC said.

China has seen a sharp fall in locally transmitted cases since March, as major restrictions on people movement helped it to take control of the epidemic in many parts of the country.

However, it has continued to see an influx of imported cases, mainly involving Chinese nationals returning from abroad, while new clusters of infections in the northeastern border provinces of Jilin and Heilongjiang have emerged in recent weeks.

Wuhan also reported this month its first cluster of infections since a lockdown on the city ended on 8 April, prompting authorities to warn that counter-epidemic measures could not be relaxed and to launch a campaign to test all of Wuhan’s 11 million residents for Covid-19.

The number of confirmed cases in the mainland stood at 82,971 and the death toll remained unchanged at 4634.