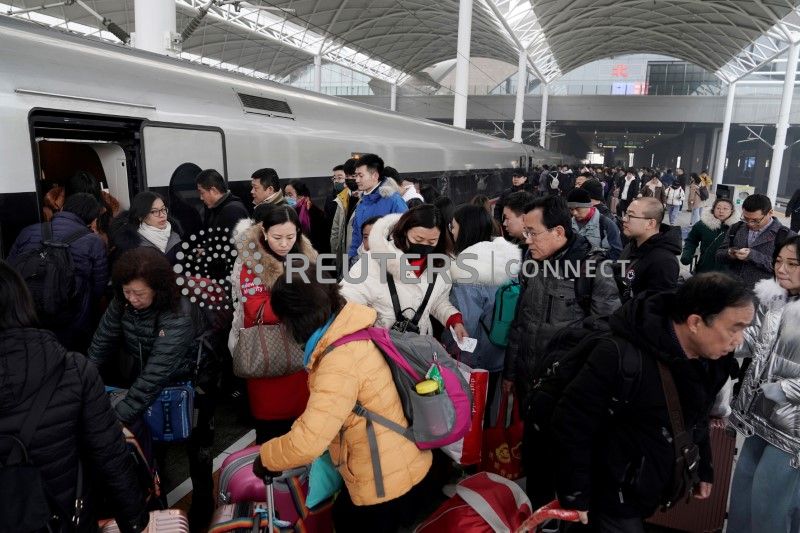 BEIJING (Reuters) – China reported 17 more cases of pneumonia caused by a new coronavirus strain on Sunday, stoking worries as the country gears up to celebrate Chinese Lunar New Year when much of the population travels.

Three of those patients are seriously ill, according to a statement issued by the Wuhan Municipal Health Commission.

The total number of patients infected by the disease in China, all of them in central Chinese city of Wuhan, has now climbed to 62. Two have died.

The 17 new patients began exhibiting symptoms such as a fever or cough before Jan.13, the statement said.

The Chinese Lunar New Year is a one-week holiday that starts from Jan.24 this year.

The new virus belongs to the large family of coronaviruses that includes Severe Acute Respiratory Syndrome (SARS), which killed nearly 800 people globally during a 2002-2003 outbreak that also started in China.

The United States said on Friday that it would begin screening efforts at three U.S. airports to track travellers from Wuhan who may have symptoms of the fever.

Though experts say the new virus does not appear to be as lethal as SARS, little is known about its origins and it is not clear whether human-to-human transmission can occur. Thailand has reported two cases of the virus and Japan has reported one.

All of the cases so far have involved people either living in Wuhan or who have travelled to the city.