‘China not an immediate threat to our security’ 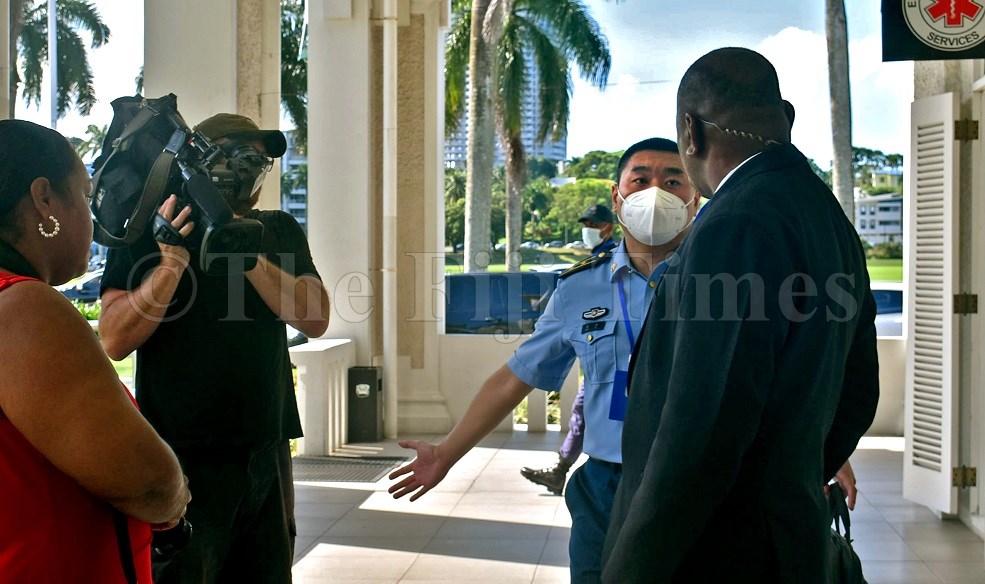 For Fiji and other Pacific Island Countries, the immediate threat to our security is not China, says academic Joji Kotobalavu in response to the official visit of Chinese Minister for Foreign Affairs Wang Yi to Fiji.

He is a lecturer at the University of Fiji School of Law and served as permanent secretary at the PM’s Office under four of Fiji’s PMs — Ratu Sir Kamisese Mara, Sitiveni Rabuka, Mahendra Chaudhry and Lasenia Qarase.

“It is climate change and its consequences in the rise of sea levels and the warming and acidification of our surrounding ocean,” Mr Kotobalavu said.

“The western powers who have been historically and geographically close to Pacific Island Countries will always be considered by us as comprising the first circle of our friends.

“But they should never presume that just because they consider China as the principal threat to their state security interests, Fiji and other Pacific island states should also consider China from the same perspective.”

Fiji, he said, should continue our foreign policy and strategy of forging and maintaining friendly relations with all countries.

“Fiji is a sovereign independent state and as such in conducting relations with other states its foreign policy must always be based on policy objectives which our elected Government considers in the best interests of our country. In that context, our Government has done absolutely the right approach in signing an economic co-operation agreement with China.

“We should welcome China’s economic and technical assistance to meet our country’s development needs.”